'As in most modern seiges the zoo animals were among the ﬁrst victims in Leningrad. It was not a hard decision; what was the point of watching the poor beasts starve when they could nourish famished people for a few days? The hungry Leningraders felt not a whit of sentimentality as they slaughtered the animals, ﬁlling the cold streets with the steaming blood of tigers, lions, and giraffes. The zoo’s livestock quickly disappeared as the people of Leningrad ﬁrst acquired their taste for exotic meats.
>
After the zoo animals, the people of Leningrad next turned to their household pets. Killing beloved dogs and cats was slightly harder than killing zoo animals, but an easy decision nonetheless for hungry-enough people.
>
As the siege dragged on, temperatures plummeted to –40°F. The people collectively remembered that some wallpaper paste was made from potatoes. Wallpaper was stripped away from the living rooms and parlors of Leningrad, the paste scraped into pots and boiled into soup, a soup that tasted much more like paste than potatoes. Leather, too, could be boiled into a gelatinous mess that could brieﬂy satisfy the sharpest pangs of hunger.
>
By 1943, as the siege entered its second year, all the animals, wallpaper paste, and leather had been consumed. The people descended into a rare kind of hunger, a hunger that tested even the most fundamental taboos. People began eating corpses. In most cases the ﬂesh was still ﬁrm and well preserved by the frigid temperatures. The eating of the dead became a ghoulish fact of life, until inevitably, the hungriest began looking for fresher meat.
The children of Leningrad began disappearing. As rumors of cannibalism spread, it became illegal to sell any form of ground meat in the city, as the sources became too horriﬁcally questionable.' 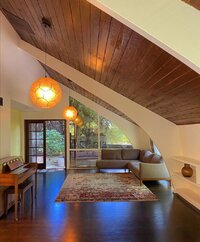