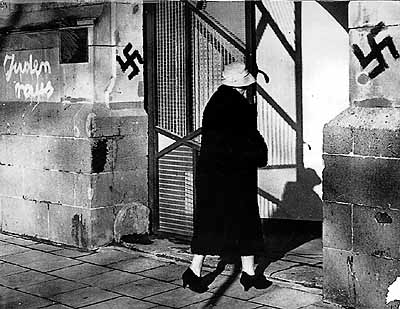 In 1959 the Cologne, Germany, synagogue was rebuilt and reconsecrated. Soon, swastikas and the words Juden raus (Jews, get out) defiled its walls.
Photo: SYddeutscher Verlag Bilderdienst 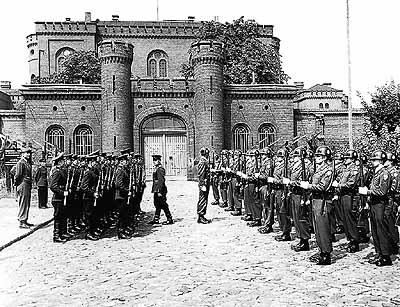 Berlin's Spandau Prison remained a physical reminder of Allied justice and the Nazi criminal legacy. When its last inmate, Rudolf Hess, died in 1987, the structure was razed.
Photo: AP/Wide World 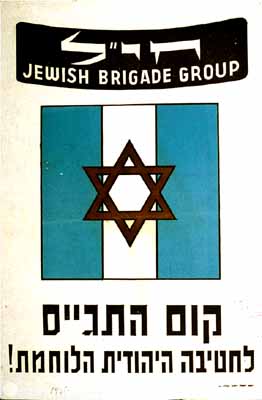 In English and Hebrew, this poster urges members of the Yishuv (the Jewish community in Palestine) to join the Jewish Brigade. From the start of the war, Jews in Palestine had joined the British Army. But news of the mass killings fueled a desire for a separate unit, serving under a Zionist standard, to fight the Axis forces in Europe.
Photo: Central Zionist Archives/United States Holocaust Memorial Museum Photo Archive 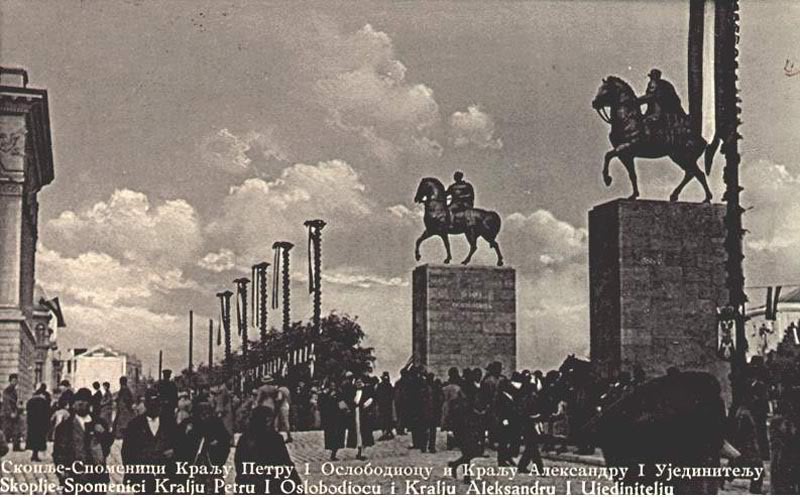 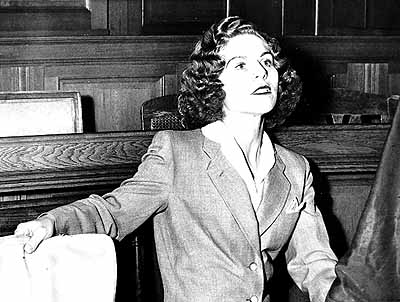 Still alive today, Stella Goldschlag was a German Jew who had Aryan looks. In her youth, the shapely blue-eyed blonde was a compulsive liar and renegade who desperately hated her Jewishness. Threatened, along with her parents, with deportation to the East and tortured by the Gestapo, Goldschlag was among a small number of Jews who collaborated with the Nazis and worked for the Gestapo. She received money, good food, and a temporary reprieve from deportation for her parents.

Using sex, her incredible memory, and her ruthlessness, Goldschlag's job was to root out the other so-called "U-boats"--Jews living underground in Berlin during the war--and to help the Gestapo arrest them. Those Jews would be sent off to extermination camps. On one weekend alone, Goldschlag helped the Gestapo catch 62 Jews. She was indeed the "Blonde Poison," seducing Jews to their deaths.
Photo: Ullstein Bilderdienst 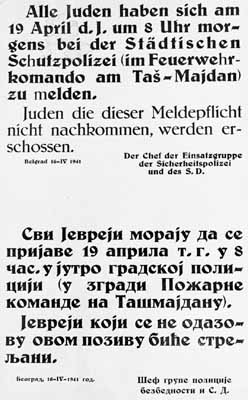 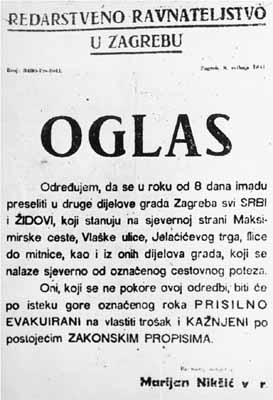 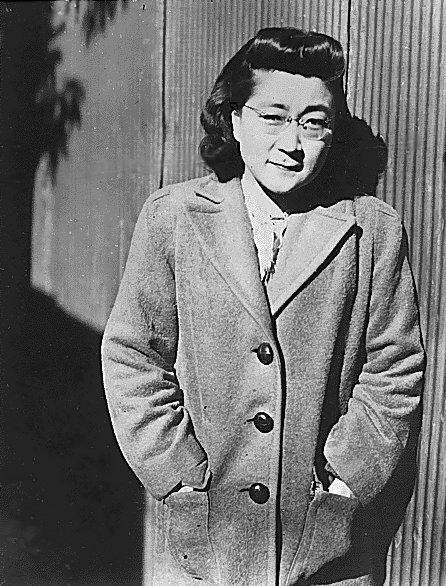 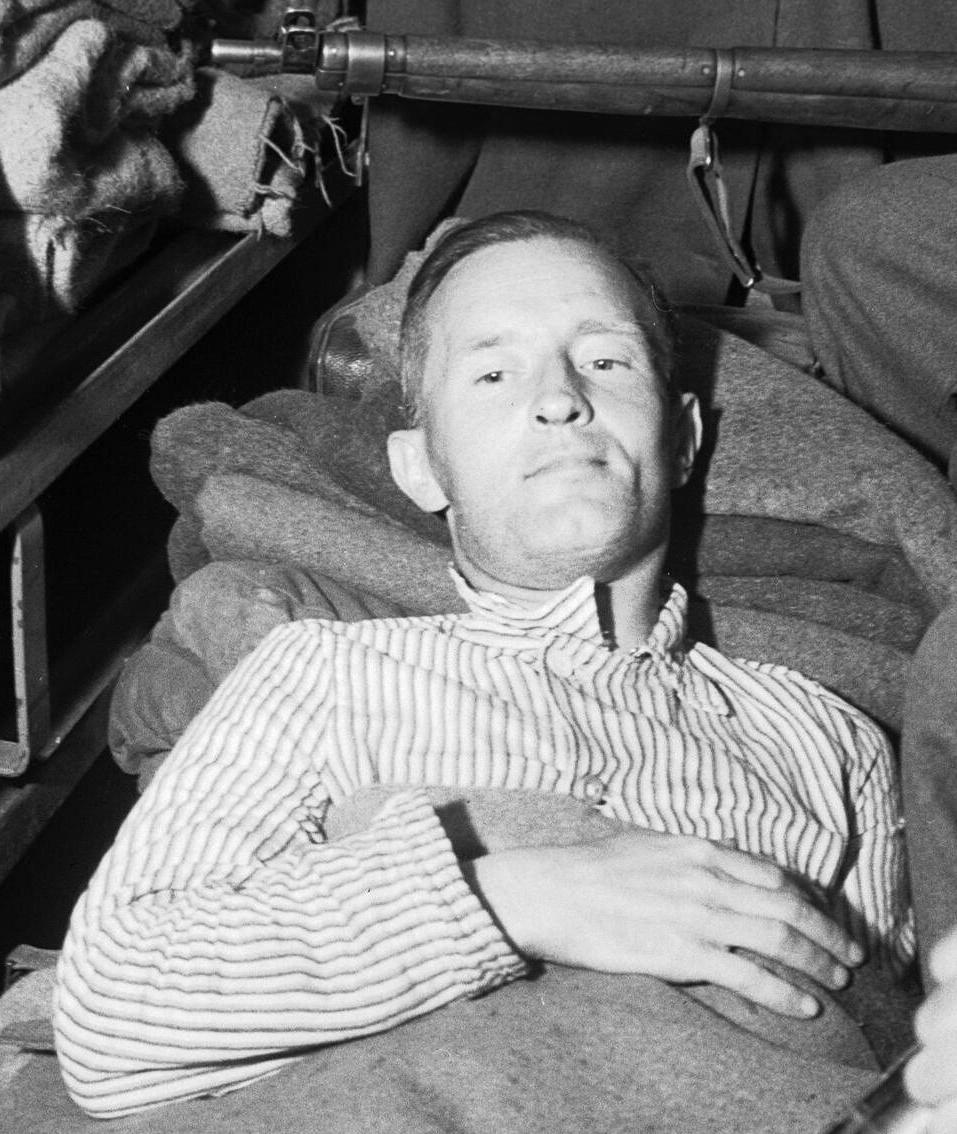 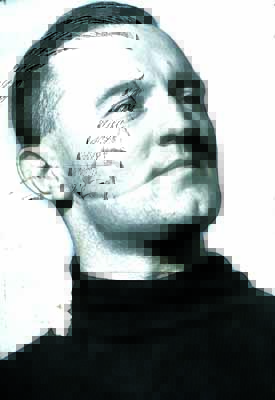 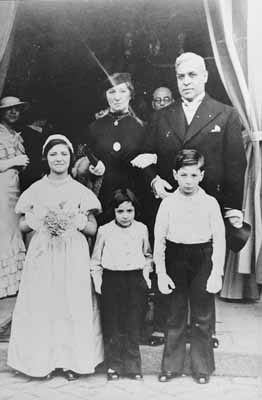 Aristides de Sousa Mendes
The efforts of Portuguese diplomat Aristides de Sousa Mendes (pictured, top right) helped 10,000 refugee Jews flee Nazi-occupied France. In his position as Portuguese consul, stationed in Bordeaux, France, Mendes signed transit visas for thousands of Jews hoping to escape through Portuguese ports.
In May 1940 Mendes defied his government's instructions to curtail the flood of refugees requesting entry into Portugal via Spain. Despite specific orders to issue no visas to Jews, Mendes, a devout Catholic, asserted that he could not "allow these people to die." Acting on humanitarian principle, he worked day and night signing documents for the unending throng of refugees crowding the offices of the consulate. When supplies of official stationery ran out, he used odd scraps of paper. Even when recalled by his government, Mendes personally escorted a small band of refugees across the Spanish border. Supplying them with makeshift, handwritten visas, he instructed them to walk behind his car through a little-used checkpoint where the guard was unable to notify his superiors.

For his disobedience, the Portuguese government dismissed Mendes from the Ministry of Foreign Affairs and stripped him of all pension benefits. The head of a family of 13 children sank into deep poverty. Forgotten and heartbroken, Mendes died in 1954.
Photo: Yad Vashem Photo Archives/United States Holocaust Memorial Museum Photo Archive 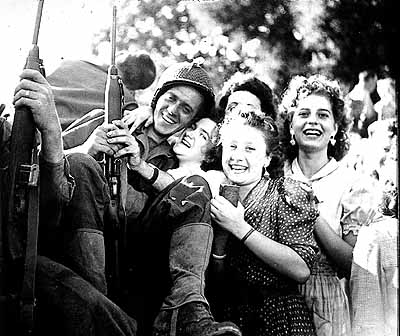 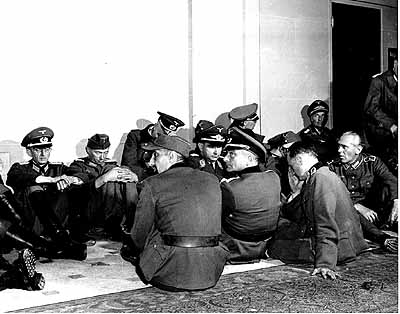 Despondent officers of the Wehrmacht sit in the hallway of the Hotel Majestic, their former headquarters, in Paris. The German commander of Paris, General Dietrich von Choltitz, ignored Hitler's order to destroy the city, reasoning that to do so would be valueless as well as destructive. After some fighting, his army surrendered to the first French forces to enter Paris, the Second Armored Division commanded by General Jacques Leclerc, on August 25, 1944. Four years of German rule in France ended with the Wehrmacht outmaneuvered, outgunned, and in full retreat.
Photo: Suddeutscher Verlag Bilderdienst 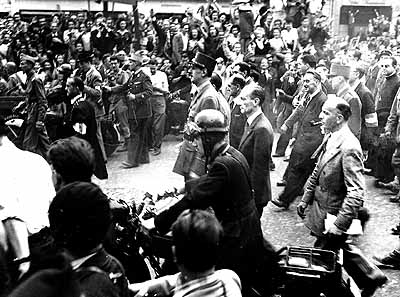