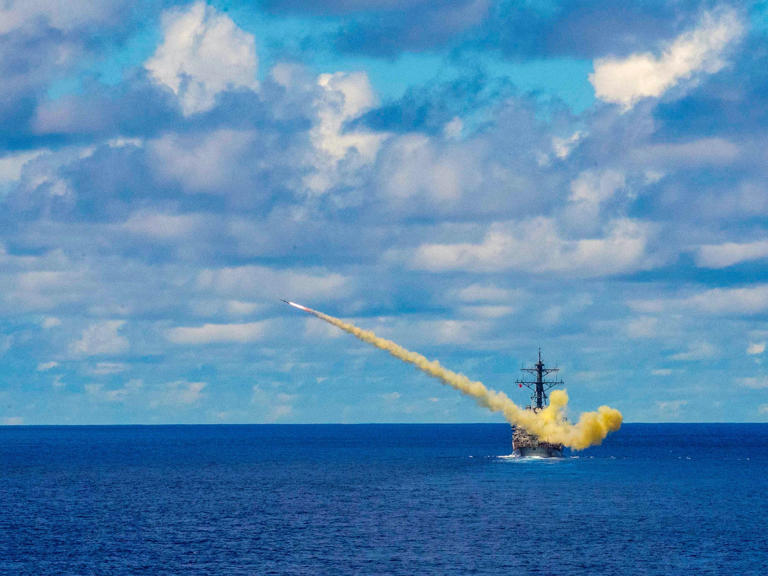 
Biden Signals To Own Officials & Zelensky: Dial Back The "Winning" Rhetoric As Russian Gains Now Evident​

Report: Russia Warned US Ahead of Strikes Against Fighters at Al-Tanf Base in Syria​

Russia targeted Maghawit al-Thawra, a US-backed group that operates out of the US base at al-Tanf

US officials told CNN that Russia notified Washington before launching airstrikes against US-backed Syrian fighters at the al-Tanf base in southern Syria, where drone strikes were reported earlier in the week.

The strikes targeted Maghawir al-Thawra, formerly the New Syrian Army, an anti-government Syrian rebel group that has received funding and training from the CIA. A spokesman for Maghawir al-Thawra reported said they were attacked by drone strikes overnight on Wednesday.

On Friday, US officials told The Wall Street Journal that the strikes were carried out by two Russian Su-35s jets and one Su-24 jet. The officials warned that Russia’s operations in Syria could risk a direct military conflict with US forces.

There were no reported casualties, but the group’s spokesman said buildings at al-Tanf used by Maghawir al-Thawra were damaged in the strikes. The CNN report said that the US assessed that Russia notified Washington ahead of time knowing that no US troops would be hit and that the US would warn its allies to move their position.

The notification came through a deconfliction line that the two powers have been operating for years to reduce the chance of a miscalculation in Syria. According to the US officials, Russia told the US that it was conducting the strikes in response to a roadside bomb planted by Maghawir al-Thawra.

The US officials told CNN that they didn’t believe Russia’s reasoning for the strike and that Moscow was instead trying to “send a message” that it can conduct such an operation without retaliation. Either way, the incident highlights the danger of the US military presence in Syria, where it maintains an occupation force of about 1,000 troops.