It is still questionable whether the Slav appellation "Vlah" was applied to all persons speaking Latin or a Latinate language really referred to a homogeneous ethnic group. In Slovenia and Poland even today the Italians are called Vlachs, and that name is even today applied to the citizens of the Rumanian province Wallacchia, of Valois and Wales. It is obviously not a Slav word as it is held to be. Did the entire Illyrian population during the disintegration of the Roman Empire use the same Latinized variant, and is the assertion justified that they all constituted a homogeneous ethnic group? [..] Soranzo was a native of the province of Veneto, inhabited by the Veneti, an official in the Roman Curia, and his descriptions of the Balkans were written on the ground of possible plans to stir up the Christians to rebel and expand the union. His description is rather a testimony that the population under discussion was not a separate ethnic group but a nomadic community of cattlebreeders which in its turn was not an ethnic group, that its language was Slavicized, that its retaining of the original name was a social phenomenon. In his book of 1598 ("L’Ottomano. Dove si dà pieno ragguaglio, non solamente della potenza del Signor de Turchi… ma ancora di varii popoli, siti, città, e viaggi con altri particolari di stato, necessarii a sapersi"), Soranzo says about the Morlachi and Vlachs: "But having mentioned the Morlachi, I would not like to leave them without saying who they are. In those areas all Christian inhabitans of the mountains are called Morlachi, in particular those living in the mountain in Lika being situated between Novigrad and Senj. In principle, the Slav word ‘Morlakija’ has emerged since the Barbarians came to Italy, because when passing through Wallacchia, they gave that name even to peoples living at the Adriatic Sea, seeming to mean that they lived at the sea coast. Because by the names ‘Vulachi’, or ‘Vuloschi’ – the way the Turks use the name ‘Franks’ for the French – pass all Italians."[17]
Kliknite za proširenje... 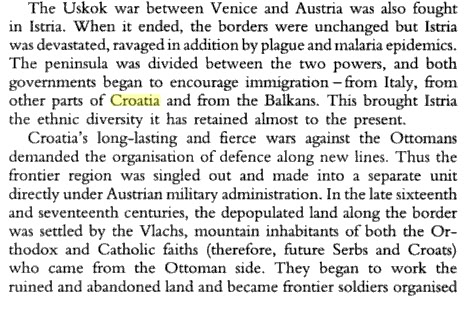 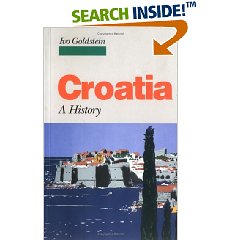 
The Vlachs in Bosnia by Noel Malcolm

In the defters of the 1470s and 1480s they can be seen spreading into central and north-central Bosnia, in the regions round Visoko and Maglaj: soon after 1476, for example, roughly 800 Vlach families were settled in the Maglaj district, accompanied by two Orthodox priests. The number of Vlachs in north-central and north-east Bosnia continued to grow over the next fifty years, and they began to spread into north-west Bosnia too.

During the wars of the early sixteenth century more areas of northern Bosnia became depopulated as Catholics fled into Hapsburg territory. Since it was particularly important for the Ottomans not to leave land empty close to the military border, there were large new influxes of Vlach settlers from Hercegovina and Serbia. Further movements into this area took place throughout the sixteenth century; plague, as well as war, left demographic gaps which needed to be filled.

As early as 1530, when the Habsburg official Benedict Kuripe?ic travelled through Bosnia, he was able to report that the country was inhabited by three peoples, One was the Turks, who ruled "with great tyranny" over the Christians. Another was "the old Bosnians, who are of the Roman Catholic faith." And the third were "Serbs, who call themselves Vlachs . . . They came from Smederovo and Belgrade." So important was the Vlach element in the creation of this Bosnian Orthodox population that, three centuries later, the term "Vlach" was still being used in Bosnia to mean "member of the Orthodox Church."

In the defters of the 1470s and 1480s they can be seen spreading into central and north-central Bosnia, in the regions round Visoko and Maglaj: soon after 1476, for example, roughly 800 Vlach families were settled in the Maglaj district, accompanied by two Orthodox priests. The number of Vlachs in north-central and north-east Bosnia continued to grow over the next fifty years, and they began to spread into north-west Bosnia too.