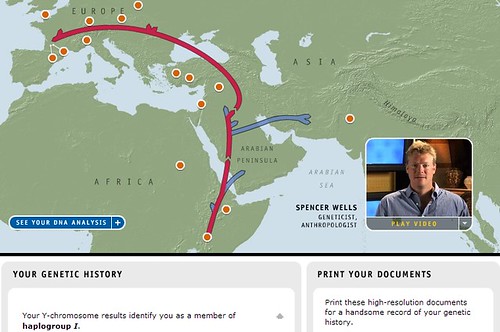 A evo i šta kaže National Geograhic za Haplogroupu I
haplogroup I, a lineage defined by a genetic marker called M170. This haplogroup is the final destination of a genetic journey that began some 60,000 years ago with an ancient Y chromosome marker called M168. The very widely dispersed M168 marker can be traced to a single individual – “Eurasian Adam.” This African man, who lived some 31,000 to 79,000 years ago, is the common ancestor of every non-African person living today. His descendants migrated out of Africa and became the only lineage to survive away from humanity’s home continent.

Population growth during the Upper Paleolithic era may have spurred the M168 lineage to seek new hunting grounds for the plains animals crucial to their survival. A period of moist and favorable climate had expanded the ranges of such animals at this time, so these nomadic peoples may have simply followed their food source.

Improved tools and rudimentary art appeared during this same epoch, suggesting significant mental and behavioral changes. These shifts may have been spurred by a genetic mutation that gave “Eurasian Adam’s” descendants a cognitive advantage over other contemporary, but now extinct, human lineages.

Some 90 to 95 percent of all non-Africans are descendants of the second great human migration out of Africa, which is defined by the marker M89.

M89 first appeared 45,000 years ago in Northern Africa or the Middle East. It arose on the original lineage (M168) of “Eurasian Adam,” and defines a large inland migration of hunters who followed expanding grasslands and plentiful game to the Middle East.

Many people of this lineage remained in the Middle East, but others continued their movement and followed the grasslands through Iran to the vast steppes of Central Asia. Herds of buffalo, antelope, woolly mammoths, and other game probably enticed them to explore new grasslands.

With much of Earth’s water frozen in massive ice sheets, the era’s vast steppes stretched from eastern France to Korea. The grassland hunters of the M89 lineage traveled both east and west along this steppe “superhighway” and eventually peopled much of the continent.

A group of M89 descendants moved north from the Middle East to Anatolia and the Balkans, trading familiar grasslands for forests and high country. Though their numbers were likely small, genetic traces of their journey are still found today.

Haplogroup I, is widespread throughout southeastern and central Europe and most common in the Balkans. Members of this haplogroup carry a 20,000-year-old marker dubbed M170.

This Y chromosome marker first appeared in the Middle East. Its subsequent spread into southeastern Europe may have accompanied the expansion of the prosperous Gravettian culture. These Upper Paleolithic people used effective communal hunting techniques and developed art notable for voluptuous female carvings often dubbed “Venus” figures.The later spread of this lineage could be also tied to the mid-first millennium B.C. Celtic culture. The tantalizing possibility could explain the wider dispersal of this unique genetic marker. 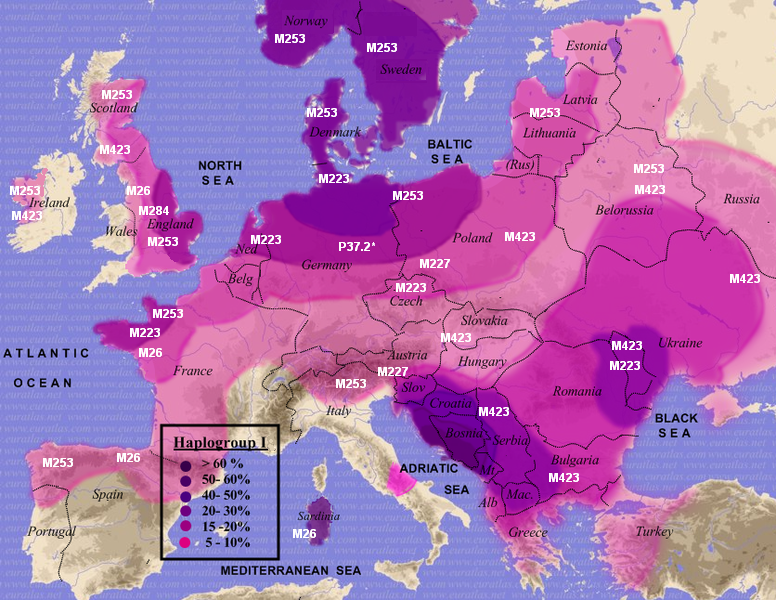