I opet laž. I tako u nizu... zove se propaganda. 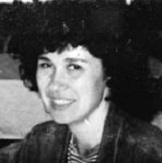 Tatjana Ostrogorski was born in Belgrade, in a family of distinguished intellectuals. Both of her parents were historians, university professors and members of the Serbian Academy of Sciences and Arts. Her mother Fanula Papazoglu came from a Greek family from Bitolj, in Macedonia. Her father Georgije Ostrogorski, a famous byzantologist and author of the book History of the Byzantine State, was born in St. Petersburg. He was one of the most prominent Russian intellectuals who found a home in Serbia after the Russian Revolution. Tatjana was married to the logician Kosta Doˇsen, also a member of the Mathematical Institute. Their daughter Ana is now 14 years old. Tatjana is also survived by a brother and a sister. Tatjana went to primary and secondary school of a classical orientation (with ancient Greek and Latin and not much mathematics). From her father, Tatjana learned Russian as her first language. Her mother and her grandmother taught her modern Greek. She was also fluent in French and English, and of course Serbian. In 1973, she graduated from the University of Belgrade at the Departmentof Mathematics. She obtained her Master’s degree in 1978 with a thesis entitled Saturation Problems in the Theory of Approximation of Real Functions. Tatjana spent the academic year 1980/81 in Moscow at Moscow State University, where she worked under the supervision of Sergei Borisovich Stechkin. In 1987, she obtained her doctoral degree, with the thesis Lp Inequalities with Weights on Cones in Rn and Hp Spaces on Half-Planes in Rn. For both theses her advisor was Slobodan Aljanˇci´c. After graduating in 1973, Tatjana took up a position in Belgrade at the Mathematical Institute, where she remained until the beginning of her long illness in 2003. At the beginning of her career she also had teaching assistantships in differential geometry at the Department of Mathematics and in analysis at the Faculty of Mechanical Engineering of the University of Belgrade. In the academic year 1988/89, she taught a graduate course on Lie groups at the Faculty of Mathematics in Belgrade. From 1994 until 1998 Tatjana was a visiting professor at the University of Montpellier III, in France. In 1982, Tatjana was appointed as Secretary (in effect, Managing Editor) of Publications de l’Institut Math´ematique. This appointment was based on exceptional qualities she had for this position: a patient and hard worker, with an excellent mathematical and general education, reliable, and an extremely decent and kind person. She and Dragan Blagojevi´c, who was appointed at the same time as Technical Editor of the journal, made a very good team for many years. Due to their efforts, the level and the appearance of the journal improved significantly. Tatjana was the Editor of the special issue of Publications de l’Institut Math´ematique, published in 2002, celebrating the centenary of Jovan Karamata’s birth. She was also a member of the Editorial Board for the publication of the works of Karamata, planned for 2002 (but still unpublished). Tatjana’s research was in mathematical analysis. Her first papers dealt with Fourier analysis and approximation theory, while later ones are in regular variation, harmonic analysis and Lie groups.... 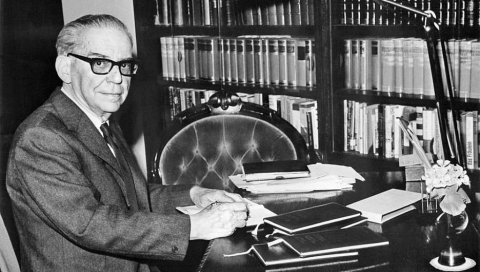