A year after NATO ended its bombing of Yugoslavia, allegations are swirling that the alliance committed war crimes even as it attempted to stop Yugoslav atrocities in Kosovo. This week's report by the human-rights group Amnesty International accuses NATO of breaching international rules of warfare. RFE/RL correspondent Askold Krushelnycky reports on the developing public debate.

Prague, 9 June 2000 (RFE/RL) -- This week marks the first anniversary of the termination of NATO's bombing campaign against Yugoslavia, which ended with the departure from Kosovo of Serbian forces that had been killing and terrorizing ethnic Albanians in the province.

But for NATO defense ministers meeting in Brussels yesterday and today (Friday), the occasion was marred by an outspoken report by the human rights group Amnesty International. Published on Wednesday (June 7), the report flatly accuses NATO of committing war crimes during its 74-day bombing campaign.

The report is titled "Collateral Damage or Unlawful Killings," and its principal author is Avner Gidron, a policy adviser to Amnesty International. Gidron alleges that NATO's decision to have its pilots fly at high altitudes to avoid Serbian air defenses made their bombing inaccurate and thereby made civilian casualties inevitable -- in contravention of international rules of warfare. Overall, Gidron estimates that up to 600 civilians perished as a result of NATO's bombing campaign. In a telephone interview with RFE/RL, Gidron particularly criticized the military alliance's bombing of a radio and television station in Belgrade, where 16 civilians died:

"The most serious violation that we have found was the direct attack on the radio and television of Serbia headquarters in Belgrade. That was a direct attack on a civilian object, intentionally launched -- and as such is a war crime."

That view is shared by Carla del Ponte, the chief prosecutor of the United Nation's International Criminal Tribunal for the Former Yugoslavia, which has investigated allegations of NATO war crimes. Last week, she reported to the UN Security Council that the accusations were unjustified:

"There is no basis for opening an investigation into any of the allegations or into other incidents related to the NATO bombing. Although some mistakes were made by NATO, I'm very satisfied that there was no deliberate targeting of civilians or unlawful military targets by NATO during the bombing campaign."

NATO's Robertson said that the bombing of the radio and television station was justified because the station was a propaganda arm of Yugoslav President Slobodan Milosevic's regime and encouraged hatred of ethnic Albanians. NATO spokesman Mark Laity called the Amnesty International allegations baseless:

"There was no unlawful bombing and that includes the television station. That was a propaganda arm of the Serb government -- this is not the BBC or CNN [we are talking about]. Therefore, that was a legitimate target. NATO went to extraordinary lengths to try and ensure that it hit the right targets. We had lawyers checking our target lists and had very tight rules of engagement for our air crew. And if you actually look at the thing in proportion -- 10,000 bombing missions and less than 100, according to another human rights group, which caused unintentional deaths or injuries to civilians -- that's actually a remarkable record."

Amnesty International's Gidron acknowledges that NATO had a duty to try to protect its personnel by making pilots fly at high altitudes. But he says the alliance violated its obligations under international law to maximize the protection of civilians. He also disagrees with NATO's justification for the television station bombing:

"International law sets tests of what is a military objective. The radio and television station in and of itself -- simply because it's disseminating pro-government propaganda in support of the war and against NATO -- does not make it a legitimate target. The law is clear on that. This issue of hate speeches [by the stations] is an entirely new justification that NATO is coming up with. They've never made that argument in the past, and I don't think it holds water."

Gidron says that NATO and NATO countries' governments must themselves conduct thorough investigations of the war crimes allegations:

"We would like, first of all, for there to be an official and thorough investigation, and if there is evidence uncovered that's sufficient to bring prosecutions, then that's what should happen. We would like, for example, for NATO to look at its rules of engagement very carefully and to alter them in the light of the experience of the war to make sure they comply with the highest standards of international law."

Gidron also says that Amnesty International was not questioning NATO's right to become involved in Kosovo. Rather, the organization was concerned that the world's mightiest military alliance was setting a bad precedent by not complying with international rules:

"If NATO isn't going to comply, then other nations will take that as a signal that the laws of war are just a piece of paper and they don't have to comply with them -- even though they're the ones that drew up the rules and have agreed to be bound by them."

But NATO is adamant that it has nothing to learn from the Amnesty International report. Spokesman Laity said:

"We will take no action in response to the Amnesty International report. After every incident where there was death or injury, we reviewed procedures to learn lessons, to check we were doing things right, to learn from our mistakes. But we did learn from our mistakes, we did review our mission, we looked too at the war crimes tribunal. Therefore, the Amnesty International report will make no difference to NATO whatsoever. We've done our job well. We did it then and we're making sure we still do it, and if there are any lessons to be learned, we already learned them."

Amnesty International is not the only body to have been critical of NATO in recent days. The British House of Commons' Foreign Affairs Committee yesterday issued a report saying the air strikes on Kosovo were of what it called "dubious legality" and had served to intensify Serbian repression of Kosovar Albanians.

The parliamentary committee said that because NATO had not sought permission for its actions from the UN, it therefore acted contrary to international law. But most of the committee's members nonetheless supported the decision to take military action against Yugoslavia, which they said was justified on moral grounds.

Amnesty International's Gidron says that he knows his critical report has opened the rights group to accusations that it provides succor to the Milosevic regime:

"I have seen in the news that the government of Yugoslavia has welcomed this report. To that, we say that we wish they would be as open to the many, very critical reports that we have issued about the responsibility of Serb forces for gross human rights violations and that they will cooperate with us and the [UN war crimes] tribunal."

For the time being at least, it is clear that NATO is very reluctant to investigate Amnesty International's accusations against its air strikes last spring. But it is also clear that the stir caused by the group's report means that NATO is likely to come under increasing pressure to do just that. 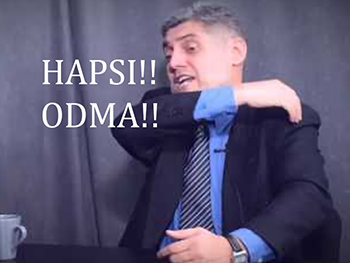 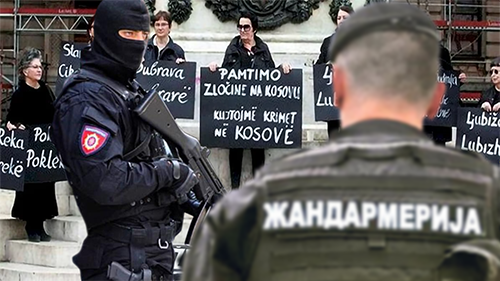