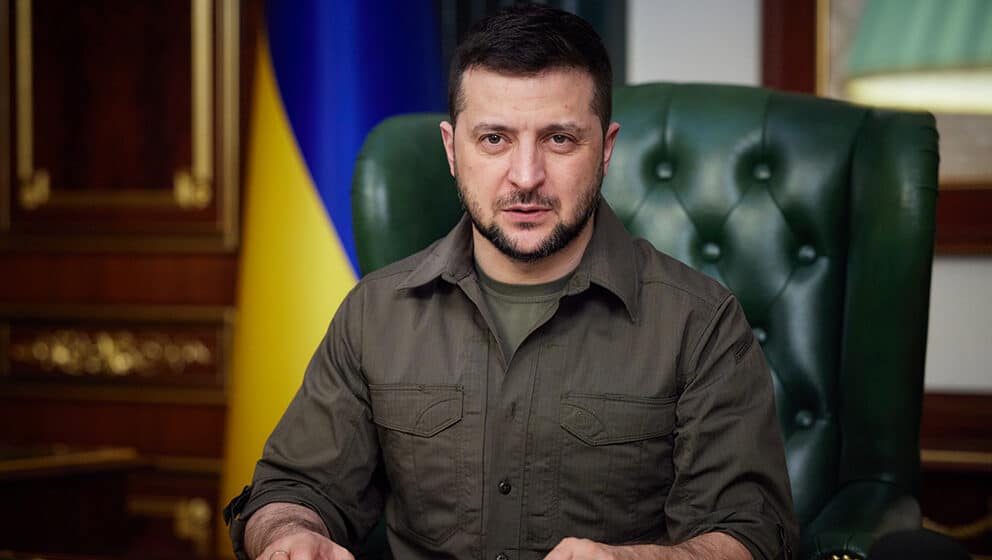 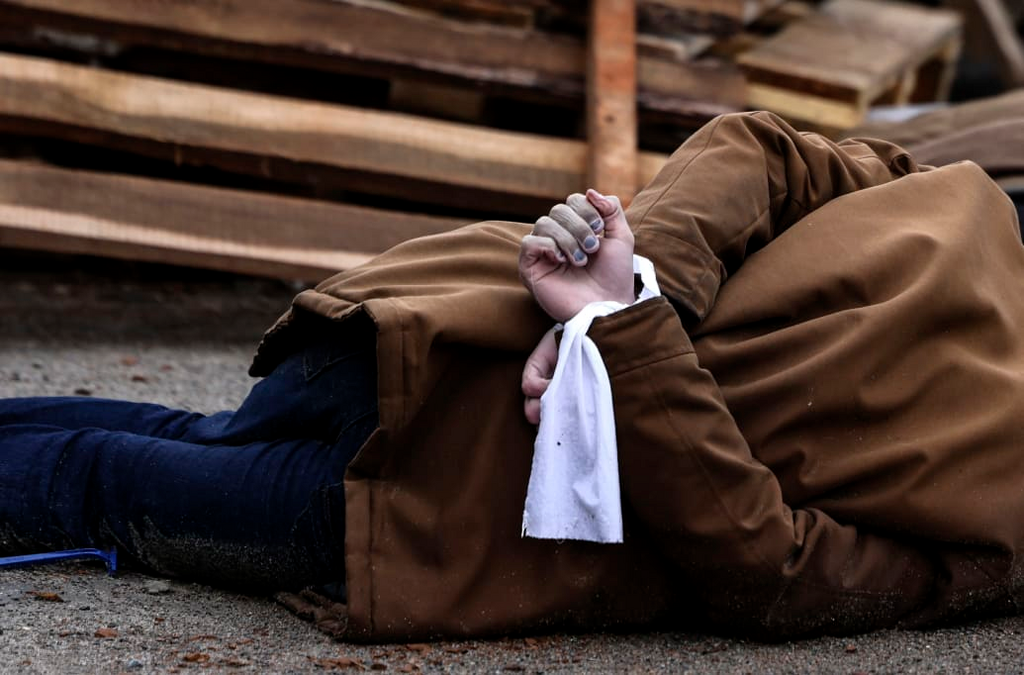 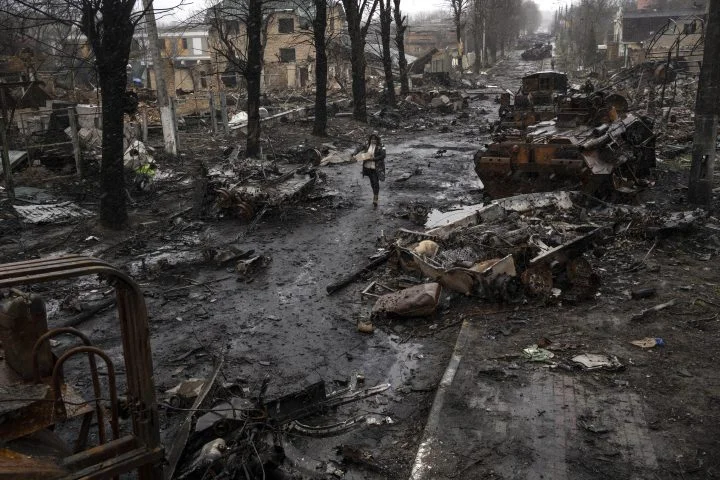 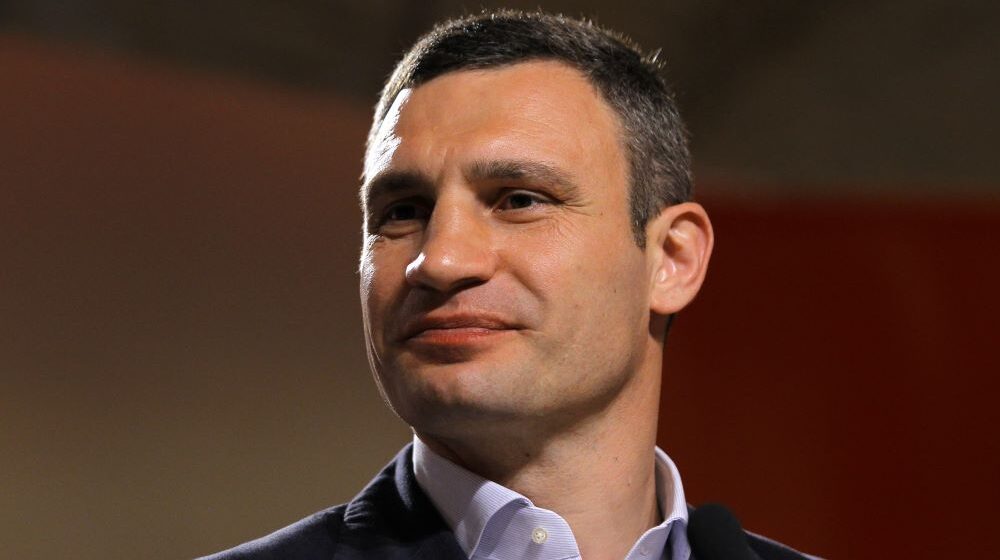 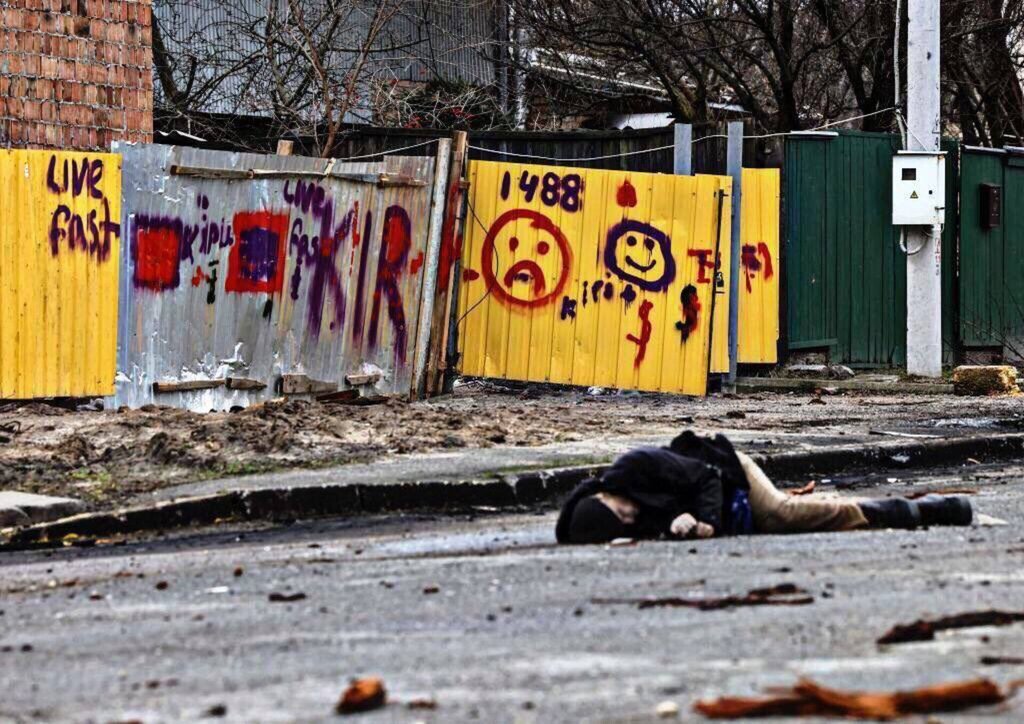 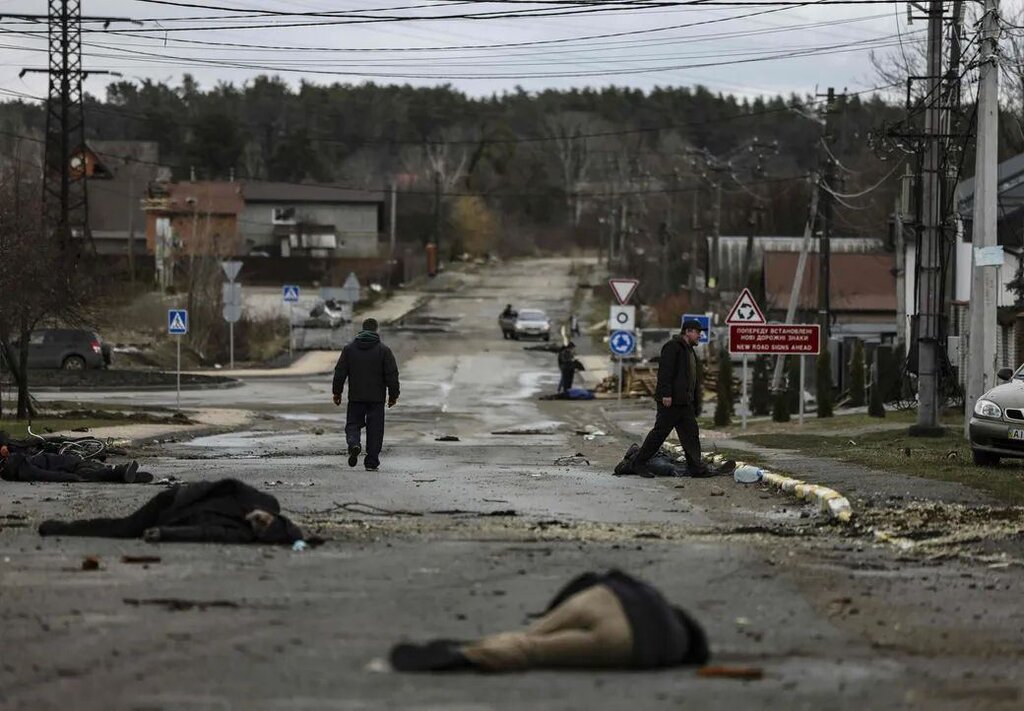 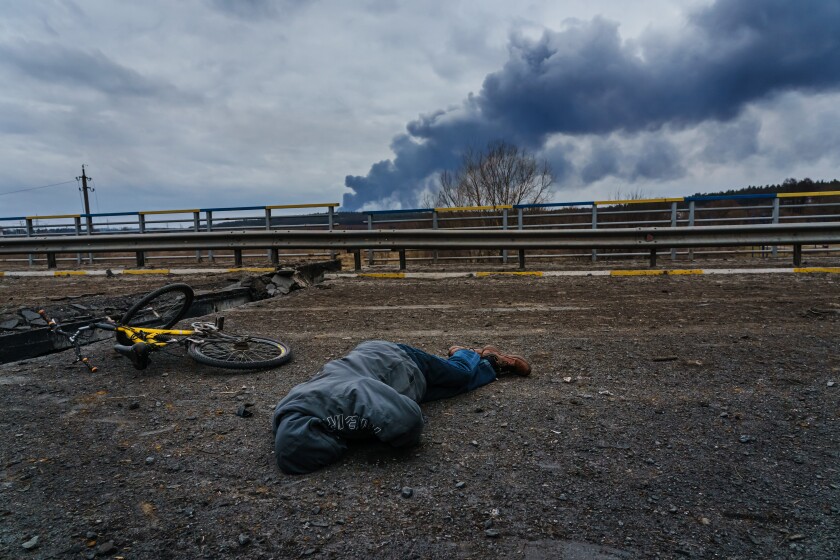 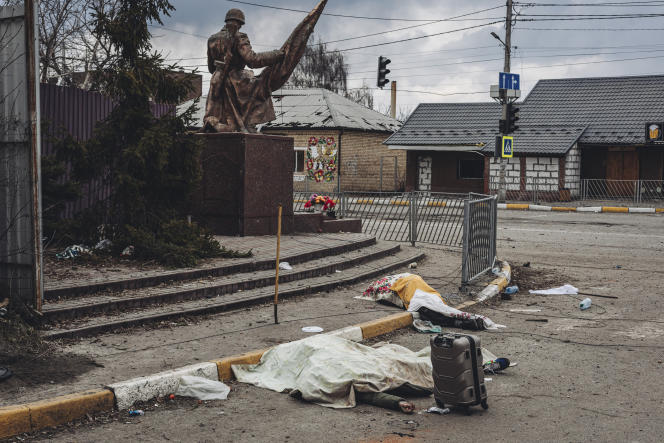 'Russia Must Answer To The World': Global Condemnation Of Ukraine Killings Mounts​

The bodies of men, some with their hands tied behind their backs, lie on the ground in Bucha on April 3.

KYIV -- The international community continues to express shock and outrage following the emergence of evidence that Russian forces appear to have committed atrocities against civilians in Ukraine as Moscow dismissed the reports as a “provocation.”
“The reports of Ukrainian civilians who have been killed, raped, and severely wounded by Russian troops are beyond reprehensible,” New Zealand Prime Minister Jacinda Ardern told reporters in Wellington on April 4.

“Russia must answer to the world for what they’ve done,” she added, saying that her government would discuss additional measures to support Ukraine in its struggle against the Russian invasion.

The statements came after the emergence of reports that hundreds of civilians had been shot and dumped in mass graves or left on the streets in the Kyiv suburb of Bucha by Russian forces withdrawing from the area after controlling it for several weeks.

Photographs showing the bodies of dead civilians with their hands bound shocked many and prompted calls for stepped-up sanctions against Russia and the criminal prosecution of the perpetrators.

French President Emmanuel Macron said in a radio interview on April 4 that there are indications Russian forces committed “war crimes” in Bucha.

“What happened in Bucha demands a new round of sanctions and very clear measures,” Macron said, adding that additional sanctions should target Russian exports of coal and oil.

Spanish Prime Minister Pedro Sanchez said the same day that Russian forces may have gone as far as committing “genocide” in Bucha.

“We will do everything to ensure that those who have perpetrated these war crimes do not go unpunished,” Sanchez said in Madrid.

Speaking on state television late on April 3, Russian Foreign Ministry spokeswoman Maria Zakharova rejected the allegations as a “provocation.” She said, without evidence, that the United States and NATO had “ordered” the images to discredit Russia.

“In this case, it seems to me that the fact that these statements were made in the first minutes after these materials appeared leaves no doubt as to who ‘ordered’ this story,” Zakharova said.

Earlier, the Russian Defense Ministry also claimed without evidence that the Bucha images were “another staged performance by the Kyiv regime” and that all Russian forces had left the town by March 30.

Moscow has asked the UN Security Council to convene on April 4 to discuss what it called “the provocation by Ukrainian radicals” in Bucha.

The Russian Investigative Committee on April 4 issued a statement announcing an “investigation” into the accusation that Ukraine had spread “deliberately false information” about the actions of Russian forces in Bucha.

Ukrainian President Volodymyr Zelenskiy lashed out on April 3, accusing Russian forces of committing “genocide” in the town and told Kremlin leaders they should come to Bucha to see what their military had done.

WATCH: Russian forces have been accused of committing atrocities in the town of Bucha, northwest of the Ukrainian capital. Bodies of civilians were seen lying in the streets as Ukrainian troops took up positions in the Kyiv suburb following a Russian withdrawal.
K

Yet another staged provocation by the Azov battalion.

Sixteen of the 20 bodies seen by AFP lay either on the pavement or by the verge. Three were sprawled in the middle of the road, and another lay on his side in the courtyard of a destroyed house.
Kliknite za proširenje...

An open Ukrainian passport lay on the ground next to the person who had his hands tied behind his back with a piece of white cloth. Two other people had white cloth tied around their upper arms.
Kliknite za proširenje...

Open passport? What? Seriously? So, out of 20 people, they tied up ONE of them, took him into the street, shot him, and his passport fell out...yeeeah.

"cloth tied around their upper arms" What? What is the purpose of that? These "Russians" are retarded; can't even properly bind a prisoner?

My bet is AFTER this person died, someone tied his hands, threw a passport next to him, ("Proof" it wasn't a dead Russian) and then snapped a photo to aid in the "war crimes" propaganda campaign.
Poslednja izmena: 04.04.2022.
Prijavite se ili registrujte da biste poslali poruku.