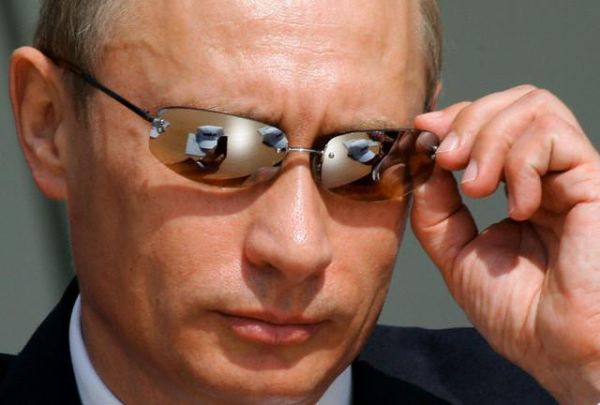 On the sidelines of Russian Prime Minister Vladimir Putin's visit to Brussels yesterday (24 February), Moscow won the European Union's blessing to hold a promotional Brussels event to showcase the South Stream gas pipeline, which is largely seen as a competitor to the EU-favoured Nabucco pipeline.
Background

South Stream is a planned natural gas pipeline bypassing Ukraine, running under the Black Sea to Bulgaria, with one branch going to Greece and Italy, and another one to Romania, Serbia, Hungary, Slovenia and Austria. Russia recently announced that it would more than double its planned capacity from 31 billion cubic metres per year (bcm/y) to 63 bcm/y.

According to the project's official website, South Stream is "aimed at strengthening European energy security" by eliminating "transit risk," as "another real step toward executing the Gazprom strategy to diversify the Russian natural gas supply routes".

Consequently, Gazprom sees South Stream not as a competitor, but as the best project under the EU's southern gas corridor.

The planned route of South Stream starts from the Pochinki compressor station on the Russian Black Sea coast. The pipeline's offshore section, which is around 900 km long and has a maximum depth in excess of 2,000m, will connect the Russian and Bulgarian coasts under the Black Sea. Italy's petroleum company Eni acts as Gazprom's partner in the construction of South Stream's offshore section.

Like Nabucco, the completion of South Stream is scheduled for 2015.
Video
See video
More on this topic
Newsutin to seek 2050 gas 'roadmap' on Brussels visit
News:EU, Russia seek 'common language' on energy

Speaking to EurActiv on the sidelines of Putin's visit, Russian Energy Minister Sergey Shmatko said he had agreed with the EU's energy commisioner, Germany's Günther Oettinger, that a presentation of the South Steam pipeline project would be held in Brussels next April.

Shmatko added that the promotional event would be hosted by the European Commission and attended by a wide range of personalities, including the ambassadors of the participating countries and representatives of the participating companies, as well as representatives of firms interested in taking part. "I think this will be a very interesting event," he told EurActiv.

Commissioner Oettinger's spokesperson Marlene Holzner confirmed the agreement, adding that it had not been a commitment that the Commission would host the event, but only that Oettinger would attend it.

Shmatko lamented the fact that South Stream did not yet enjoy the same status as Nord Stream, the other big pipeline of Russian energy giant Gazprom, which is already under construction and is designed to bring Russian gas offshore to Germany.

The pan-European nature of Nord Stream is underscored by its status as a project under the EU's Trans-European Networks energy guidelines. That status was confirmed in 2006.

Speaking to the Brussels press, Putin said that with both Nord Stream and South Stream operational, the risk of energy disruption in Europe would be greatly reduced.

Commenting on the Libya crisis and soaring oil prices, which he said experts believe will hit 220 dollars a barrel, Putin denied that his country, the world's second-largest exporter of oil, was pleased with the developments.

Putin said that Russia's industries, particularly those that rely heavily on exports like the chemical sector, would have to reduce production in such circumstances. "Everything is interrelated. We hope this will not happen," he said.

Putin strongly advocated securing long-term agreements for Russia's gas deliveries to the EU, as well as signing a 'road map' of natural gas supplies until 2050 with the European Union.

The Russian prime minister said it was not in the EU's interest to change the present system of gas payments, which takes place under long-term contracts, to sales on spot markets as recently requested by E.ON Ruhrgas AG.

Currently the German regulator does not permit the transport of Russian gas by Russian companies, citing the terms of the Third Energy Package, Putin said.

The German company based its argumentation on the 'third package' of proposals to further liberalise the EU's energy market, according to which gas exporters should sell their gas at the EU's borders.

Putin said he had tried to explain to his interlocutors that the 'Third Energy Package' would not improve but rather worsen conditions for Russian firms operating in the European market. He added that the result would be higher prices for European consumers.

"Let's bring to the wide audience our position. There is nothing secret. You tell us: sell at the gate of the EU, leave the transport business to other firms. This transport business has a very low cost-effectiveness, from 8 to 10%, and if small companies take over, prices will go up," Putin warned.

The Russian prime minister also claimed that the 'Third Energy Package' amounted to confiscation of property. Indeed, Lithuania is reportedly planning to split state gas company Lietuvos Dujos, in which Gazprom is a shareholder, into a transport and a trade component, with the trade company remaining under government control. Gazprom says the government of Lithuania is only seeking an excuse to nationalise the company.

European Commission President José Manuel Barroso insisted that the 'Third Energy Package' was not discriminatory, as the EU was asking foreign companies to apply the same rules as those that apply to companies from its member states.

Barroso admitted that some EU countries had adopted the toughest of three possible models of unbundling, which sees production separated completely from distribution. "I understand why Prime Minister Putin raises the issue so energetically, but our legislation is not discriminatory. It also applies to Norwegian and to European companies," Barroso said.

Under the toughest model of unbundling, suppliers would have to sell their gas transport businesses. A second possibility is that companies are not split up, but an independent operator is appointed for the transport infrastructure, the activities of which are limited to one country. The third possibility is that the company is not split, but a special board takes responsibility for its 'independent' decision-making.

Barroso insisted that the Third Energy Package contained instruments to address some of the concerns expressed by Russia. He did not elaborate.

A Commission spokesperson explained that EU nine countries had opted for the "toughest" unbudling model, but declined to name them.

Russian Energy Minister Shmatko told EurActiv that Commissioner Oettinger had said that there was a possibility to "interpret" the Third Energy Package.

He also gave an outline of what this interpretation could be: "It is not a big contradiction that some exceptions be made for transnational gas pipelines. They could be seen as part of a transnational transport system. And we could exclude the possibility of third actors interfering in segments on EU territory for their payback period," Shmatko said.

Shmatko said Russia had tabled such proposals to the Commission and hoped for a clear understanding by July.

Putin also voiced the message that the West should not interfere in the internal affairs of other countries, obviously hinting that this applied also for Russia, where parliamentary elections are due to be held in December.

He said that the West had failed by supporting Iran's Ayatollah Khomeini, who lived in Paris until 1979, and also with the elections in the Palestinian territories, which were won by Hamas.

"Give people the possibility to determine their future, in their own way, without external interference," he pleaded.

Barroso did not mention human rights in Russia in his statement, referring only to issues on which both sides "may not agree completely". Journalists were only allowed to ask a few questions and none touched upon human rights and basic freedoms in Russia.

Putin's visit to Brussels was described by Barroso "the largest executive-to-executive meeting the Commission had ever had". In his words, 13 Russian ministers participated alongside "almost the entire Commission". 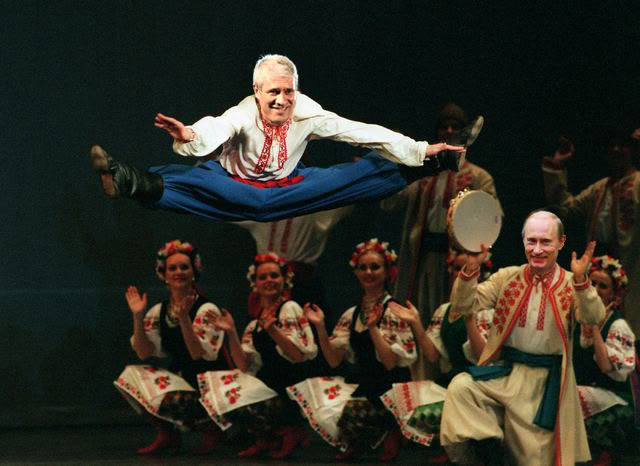