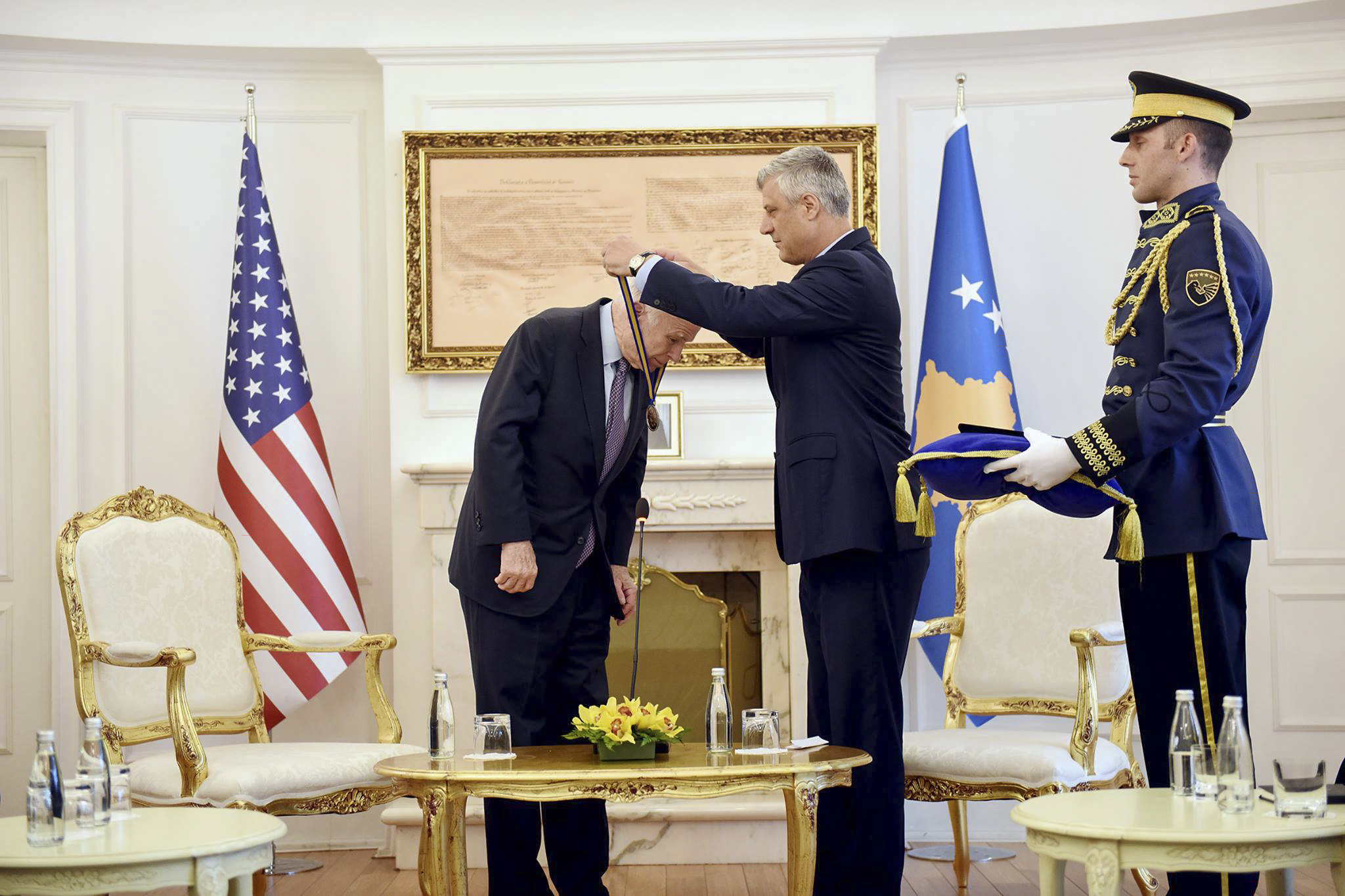 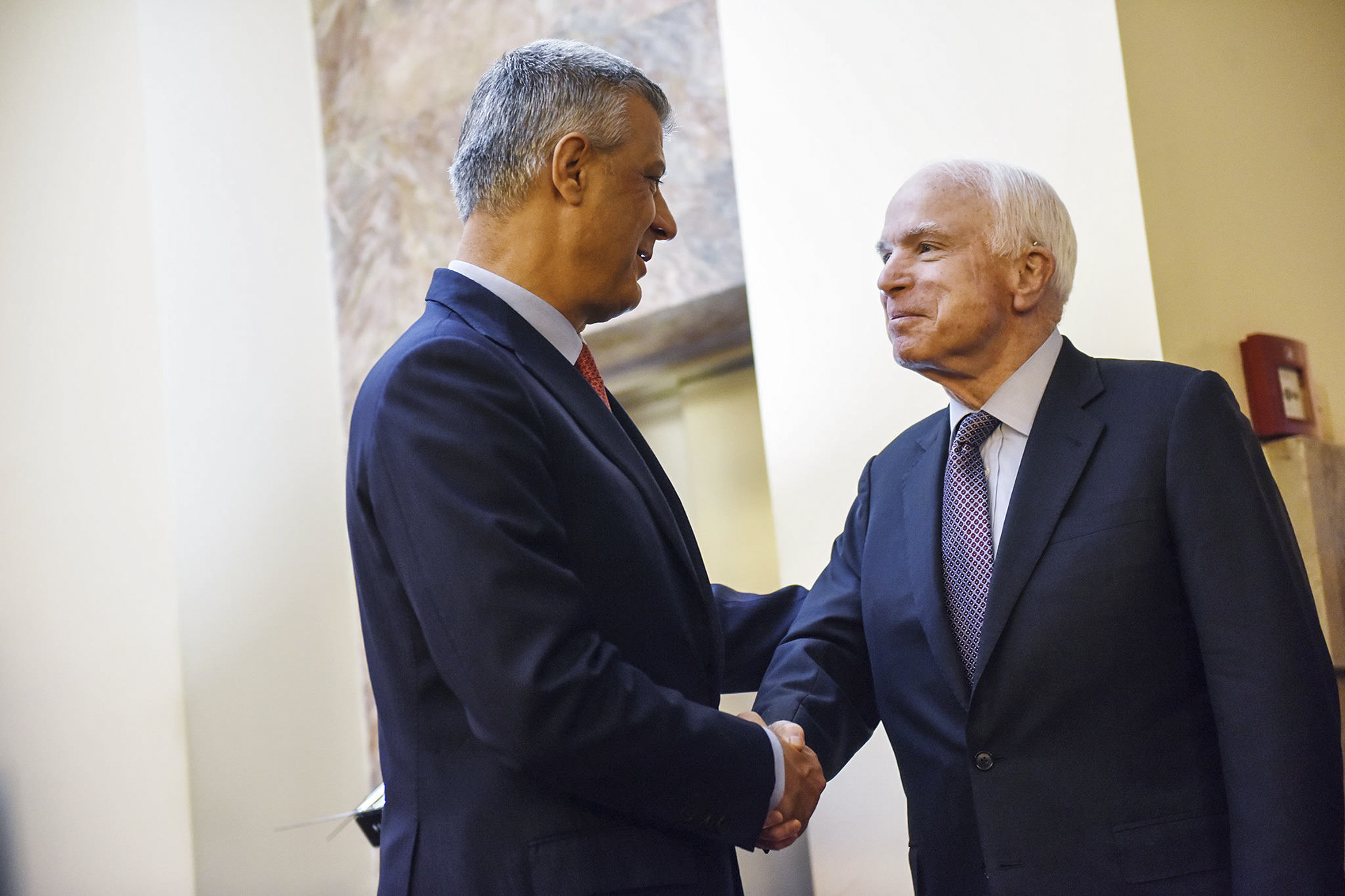 President Hashim Thaci decorated U.S. Senator John McCain with the Order of Freedom on Friday. The honorary medal was given to Senator McCain during his Balkan tour that ended with a trip to Albania today.
During his two days in Kosovo, Senator McCain visited the Kosovo Assembly and met with MPs and government officials.
He urged Kosovo’s leaders to advance dialogue with Serbia, echoing his statements made earlier in the week in Serbia.
On Friday morning, President Thaci received the Senator at the Presidency and thanked him for his contribution to Kosovo’s independence.
“You became our voice when we were voiceless. Through your work and activism for Kosovo’s freedom, you proved that freedom is not a privilege of the powerful, but a fundamental right of every person,” Thaci said before giving him the medal.
“I’m deeply honored and undeserving of this high award from the government and people of Kosovo, but I am also proud,” said a moved McCain. “We all know that there are many more miles to go and progress to be made, but when you look at the progress that has been made… the people of Kosovo can be very proud. They’ve come a long way with great sacrifice.”
Senator McCain also promised to continue working to support Kosovo.

Biden continues a run of strong state polls, as Democrats get good news in the Senate.

Suverenisticki kao i do sada haha.