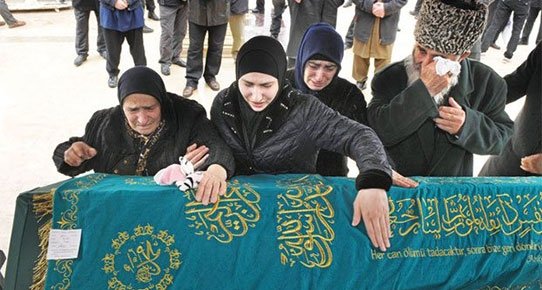 I to sto kazes...
bolje onako kratko i jasno 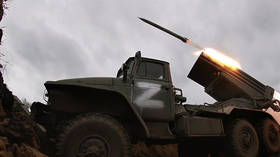 Servicemen of pro-Russian forces fire a BM-21 Grad multiple rocket launcher system at the unknown location in the course of Russia's military operation, in Ukraine. © Sputnik / Russian Defence Ministry
The conflict in Ukraine has shown that Russian weapons display “high efficiency” in resisting NATO arsenals, Russian President Vladimir Putin said on Tuesday. At the same time, Putin emphasized that arms makers should study the weapons that Kiev receives from its Western partners, to further improve Moscow’s military performance.
“All of NATO's arsenals have been deployed to support the current regime in Kiev, which means that we must and can study them and qualitatively increase our capabilities,” Putin said during a meeting with defense industry representatives. He added that based on the experience gained, Russian arms can then be improved “where necessary.”
This “natural process” should be “as speedy and effective as possible,” Putin said, stressing that the defense industry should increase output volumes and reduce production time as much as possible amid the ongoing offensive in Ukraine.
Among the most effective Russian weapons, the president listed high-precision long-range missiles, rocket-artillery and armored weapons. These weapons are allowing Russian forces to destroy Kiev’s military infrastructure and command posts, target nationalist formations and at the same time “minimize losses” of Russian personnel. 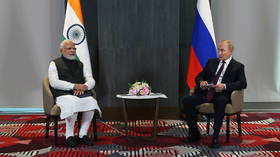 READ MORE: Putin makes Ukraine pledge to India's Modi
Putin’s remarks came a day after the Ukrainian Foreign Minister Dmitry Kuleba, in an interview with Bloomberg, urged Western nations to supply more weapons to his country. Kuleba said Ukraine’s current counteroffensive, hailed as a success by Kiev and the West, is a “clear message” that sending more supplies “makes sense” and that Ukraine is in a position to “defeat President Putin and his army.”
Last week, the US pledged to provide Ukraine with an additional $600 million in military assistance, which will bring the total US military assistance for Ukraine since early 2021 to approximately $15.8 billion.
Moscow has consistently warned the US and its allies against “pumping up” Ukraine with weapons saying that it would only prolong the conflict and would lead to more unnecessary casualties without changing the ultimate outcome.