In his essay Barbarism, Michel Henry examines the link that exists between barbarism and science or modern technology, from their opposition to culture understood as self-development of sensibility and of inner or purely subjective life of living individuals. Science is founded on the idea of a universal and as such objective truth, and which therefore leads to the elimination of the sensible qualities of the world, sensibility and life.[255][256] There is nothing wrong with science in itself as long as it is restricted to the study of nature, but it tends to exclude all traditional forms of culture, such as art, ethics and religion.[257] Science left to its own devices leads to technology, whose blind processes develop themselves independently in a monstrous fashion with no reference to life.[258]

Science is a form of culture in which life denies itself and refuses itself any value. It is a practical negation of life,[259] which develops into a theoretical negation in the form of ideologies that reduces all possible knowledge to that of science, such as the human sciences whose very objectivity deprives them of their object: what value do statistics have faced with suicide, what do they say about the anguish and the despair that produce it?[260][261] These ideologies have invaded the university, and are precipitating it to its destruction by eliminating life from research and teaching.[262] Television is the truth of technology; it is the practice par excellence of barbarism: it reduces every event to current affairs, to incoherent and insignificant facts.[263][264]

This negation of life results, according to Michel Henry, from the "disease of life", from its secret dissatisfaction with the self which leads it to deny itself, to flee itself in order to escape its anguish and its own suffering.[265][266] In the modern world, we are almost all condemned from childhood to flee our anguish and our proper life in the mediocrity of the media universe — an escape from self and a dissatisfaction which lead to violence — rather than resorting to the most highly developed traditional forms of culture which enable the overcoming of this suffering and its transformation into joy.[267][268] Culture subsists, despite everything, but in a kind of incognito; in our materialist society, which is sinking into barbarism, it must necessarily operate in a clandestine way.[269]

Incarnation. A philosophy of Flesh (2000)

In his book Incarnation. A philosophy of Flesh, Henry starts by opposing the sensible and living flesh as we experience it perpetually from the inside to the inert and material body as we can see it from the outside, like other objects we find in the world.[294] The flesh does not correspond at all, in his terminology, to the soft part of our material and objective body as opposed for example to the bones, but to what he called in his earlier books our subjective body.[295][296] For Henry, an object possesses no interiority, it is not living, it does not feel itself and does not feel that it is touched, it does not subjectively experience being touched.

Having put the difficult problem of the incarnation in a historical perspective by going back to the thought of the Church Fathers, he undertakes a critical re-reading of the phenomenological tradition that leads to a reversal of phenomenology.[297][298] He then proposes to elaborate a phenomenology of the flesh which leads to the notion of an originary flesh which is not constituted but is given in the arch-revelation of Life, as well as a phenomenology of Incarnation.[299] 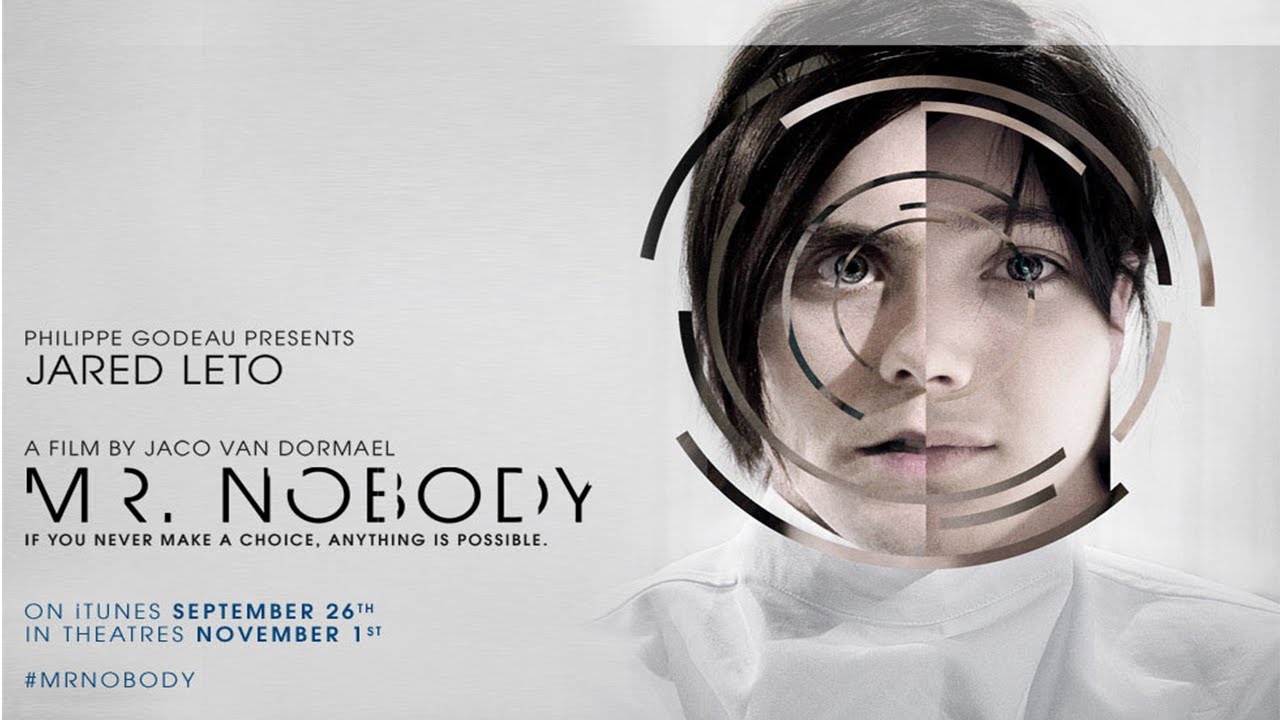 The most famous film to productively engage Nietzsche is Stanley Kubrick's 2001: A Space Odyssey (1968). At the level of explicit citation the film's celebrated opening sequence, in which the sun gradually illuminates the earth's curvature, is scored to the thunderous timpani of Richard Strauss' musical adaptation of Zarathustra, from which the film takes its worldview. This is a film whose narrative literalizes the idea of humankind as a transitory conduit between the ape and some unknowable, future being: which is eventually revealed as the appallingly kitsch Star Child.
Kliknite za proširenje...

Andrei Tarkovsky's Sacrifice (Offret, 1986) is about Alexander, a middle-aged nihilist who in a supreme act of bad faith attempts to bargain with God to prevent an imminent nuclear holocaust. The film's opening long take features a conversation between Alexander and the postman about the dwarf from part three of Zarathustra, a figure that famously necessitates the fullest articulation of the eternal return; and, thereafter, the film stages Alexander's willful self-transfiguration. His is an existential journey that reaches its climax in the conflagration of an old house, the kind of architectural structure which in almost all of Tarkovsky's late-career films serves as an emblem of the past's recurrence and which in this instance emblematizes the eradication of Alexander's bourgeois values.
Kliknite za proširenje...

And finally, transplanting a Tarkovsky-esque house into a whole new setting and genre, Lars von Trier's Antichrist (2009) is, like Nietzsche's text from which it borrows its title, a hymn to the untamed force of nature. It is a pronouncement of the fact that – to recall only the film's best-known line, which is delivered by a self-mutilating ouroboros, a grisly embodiment of the eternal return – ‘Chaos reigns.’
Kliknite za proširenje... 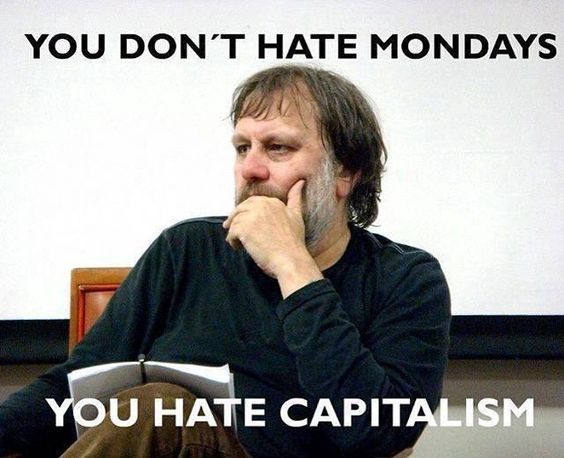 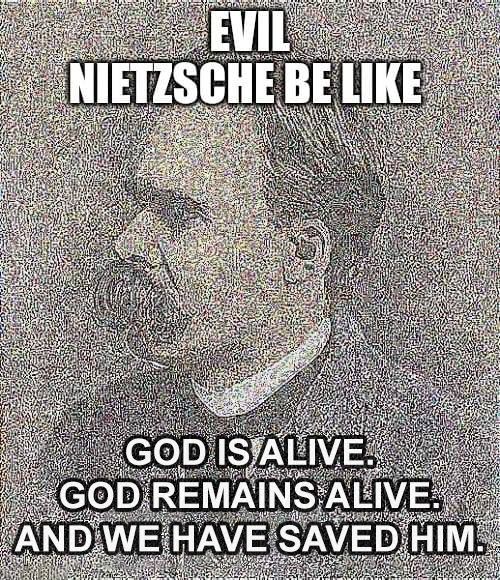 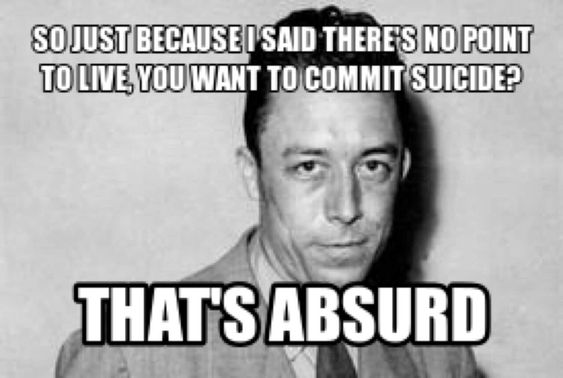 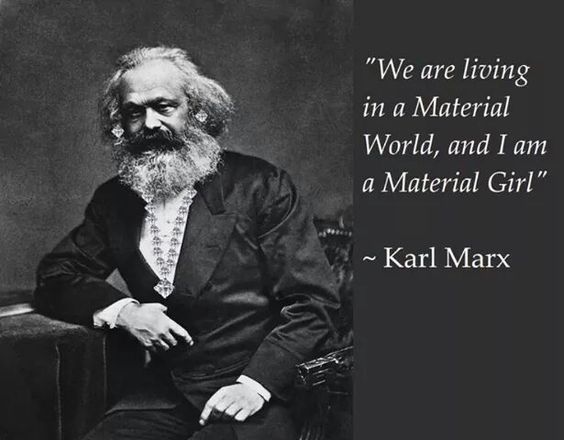 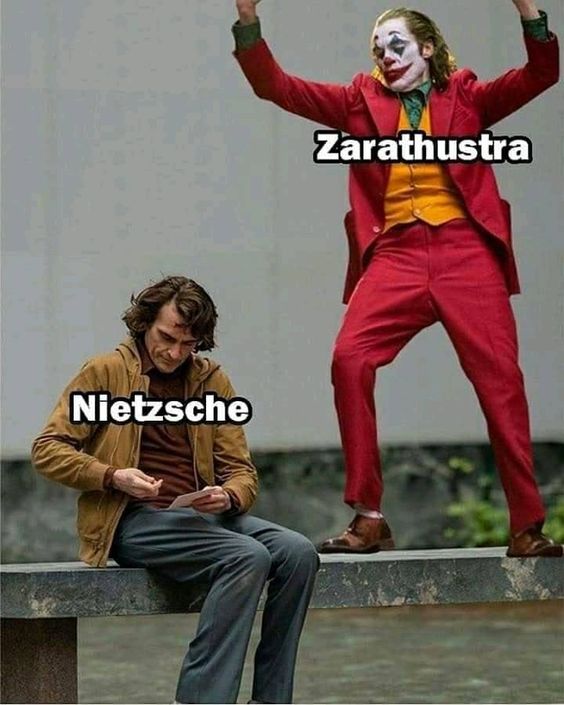 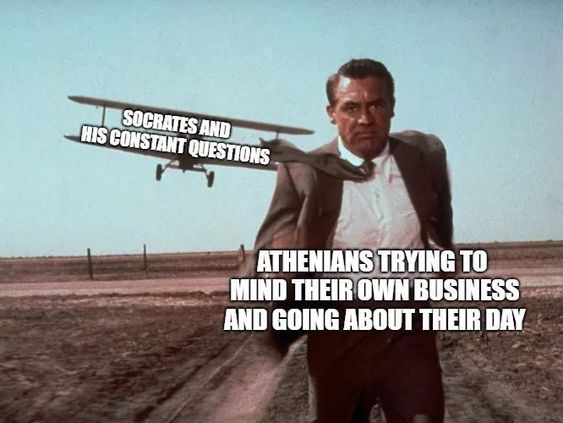 “I ain't no white trash piece of shit. I'm better than you all! I can out-learn you. I can out-read you. I can out-think you. And I can out-philosophize you. And I'm gonna outlast you. You think a couple whacks to my guts is gonna get me down? It's gonna take a hell of a lot more than that, Counselor, to prove you're better than me!” 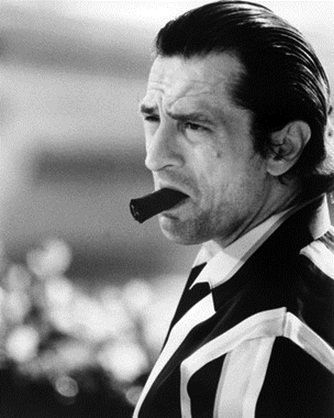