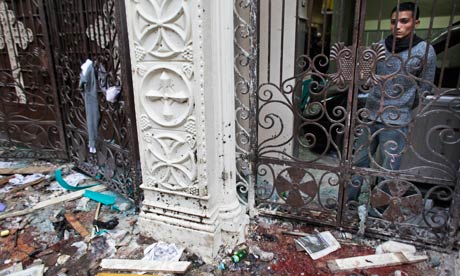 At least 21 people have been killed and 43 injured in Egypt after a bomb exploded outside a church in Alexandria as worshippers left a new year service.

It was initially thought a car bomb had caused the explosion just after midnight at the Coptic orthodox al-Qidiseen church. But the interior ministry suggested a foreign-backed suicide bomber may have been responsible.

The blast did not originate in any of the cars that were destroyed, a ministry statement said. "It is likely that the device which exploded was carried by a suicide bomber who died among others."

The circumstances of the attack "clearly indicates that foreign elements undertook planning and execution", the statement said.

The governor of Alexandria, Adel Labib, accused al-Qaida of planning the bombing.

"The al-Qaida organisation threatened to attack churches inside Egypt. This has nothing to do with sectarianism," he told state television.

His assessment was shared by Kameel Sadeeq, of the city's Coptic Christian council.

"People went in to church to pray to God but ended up as scattered limbs," he told Reuters. "This massacre has al-Qaida written all over, the same pattern al-Qaida has adopted in other countries."

Following the blast, hundreds of Christians took to the streets, clashing with police and Muslims.

Some Christians and Muslims pelted each other with rocks after a mosque was reportedly targeted. Police used teargas to disperse the crowds.

"We sacrifice our souls and blood for the cross," some of the protesting Christians shouted, the Reuters news agency reported.

The interior ministry said the blast also damaged a mosque near the church and eight Muslims were among the wounded.

Nearly 1,000 Christians attended the mass at the church, according to priest Father Mena Adel.

"I was inside the church and heard a huge explosion," he said. "People's bodies were in flames."

"This is a scene from Baghdad," said another witness.

People reported seeing the charred chassis of a destroyed car, with the remains of several bodies nearby and dozens wounded.

President Hosni Mubarak urged Egyptians to stand united in confronting terrorism and called on the authorities to swiftly round up those behind the incident, the official Mena news agency reported.

Christians make up about 10% of Egypt's population of 79 million.

Security around churches has been stepped up in recent months with the authorities banning cars from parking directly outside them, after an al Qaida-linked group in Iraq threatened the Egyptian church in November.

The Islamic State of Iraq, which claimed responsibility for an attack on a church in Baghdad in November, threatened the Egyptian church over its treatment of women who the Islamist group claimed were being held after they had converted to Islam.

In November, hundreds of Christians rioted in the capital, Cairo, smashing cars and windows after police stopped the construction of a church. 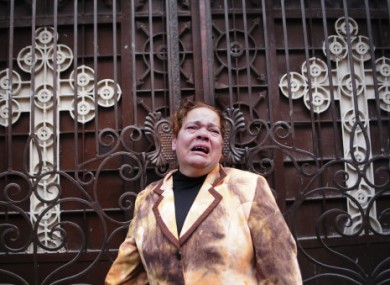 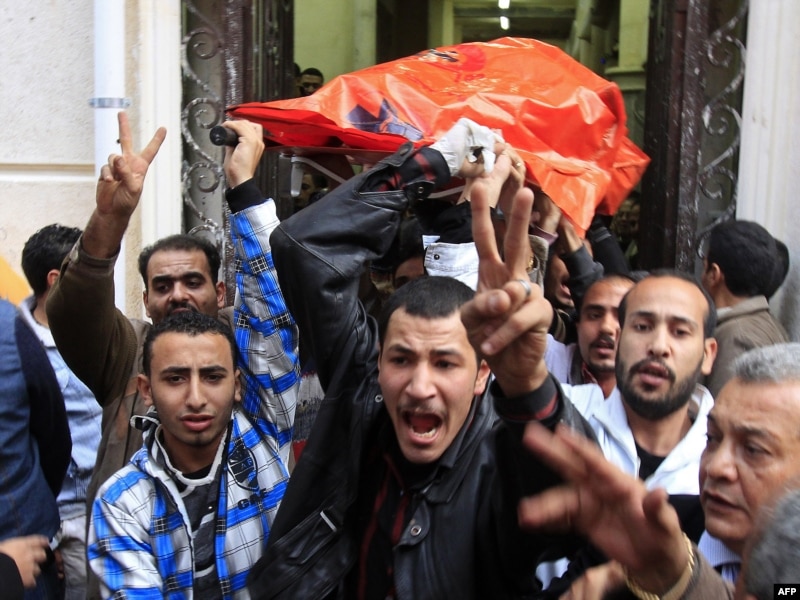 Nearly 1,000 Christians were attending the Mass at the Saints Church in the Mediterranean port city of Alexandria, said a priest at the church, Father Mena Adel. The service had just ended, and worshippers were leaving the building when the blast went off, about a half-hour after midnight.
Kliknite za proširenje...