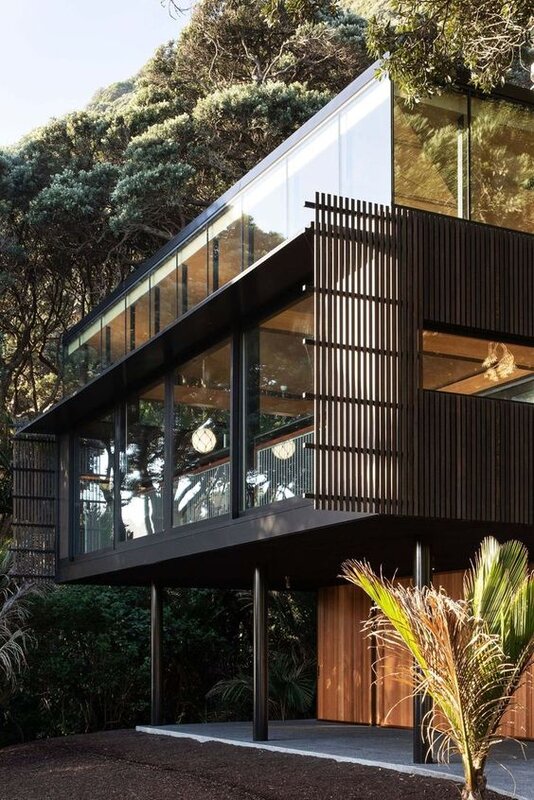 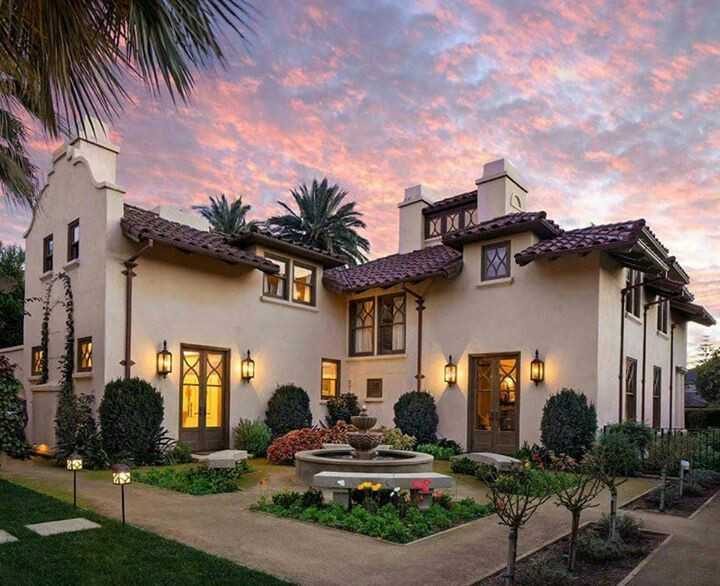 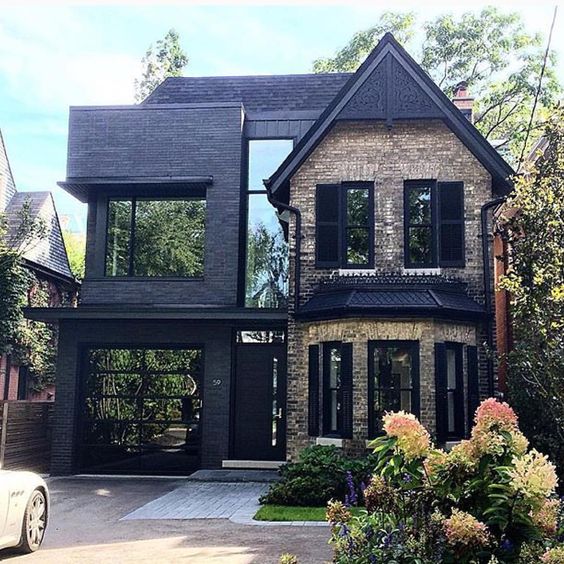 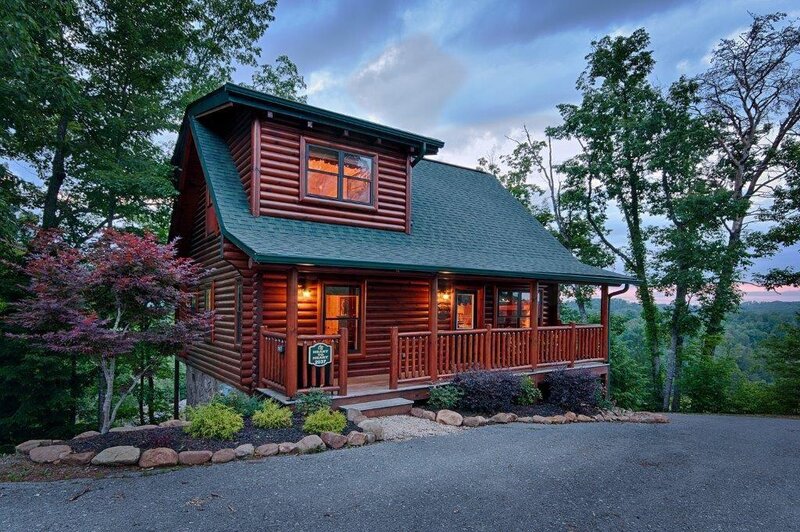 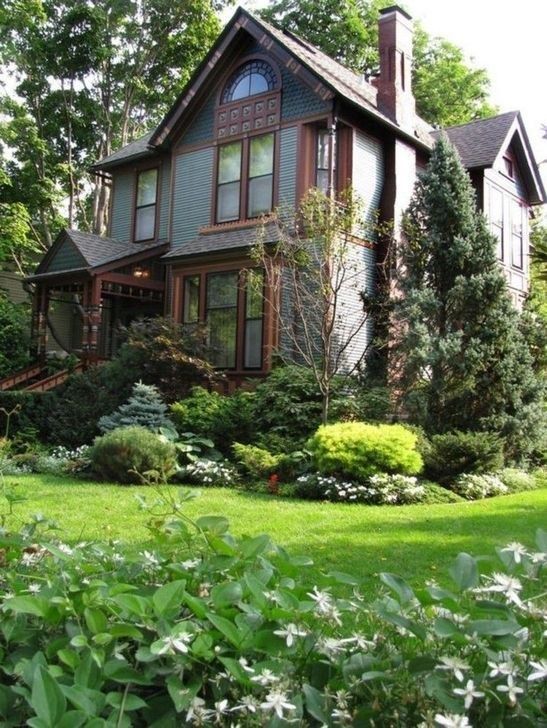 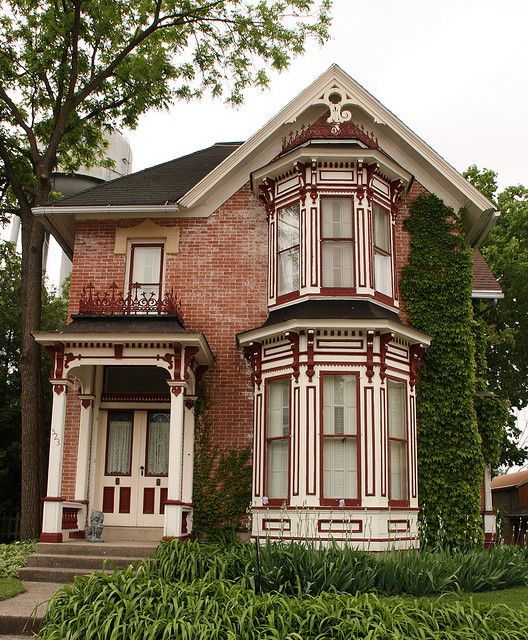 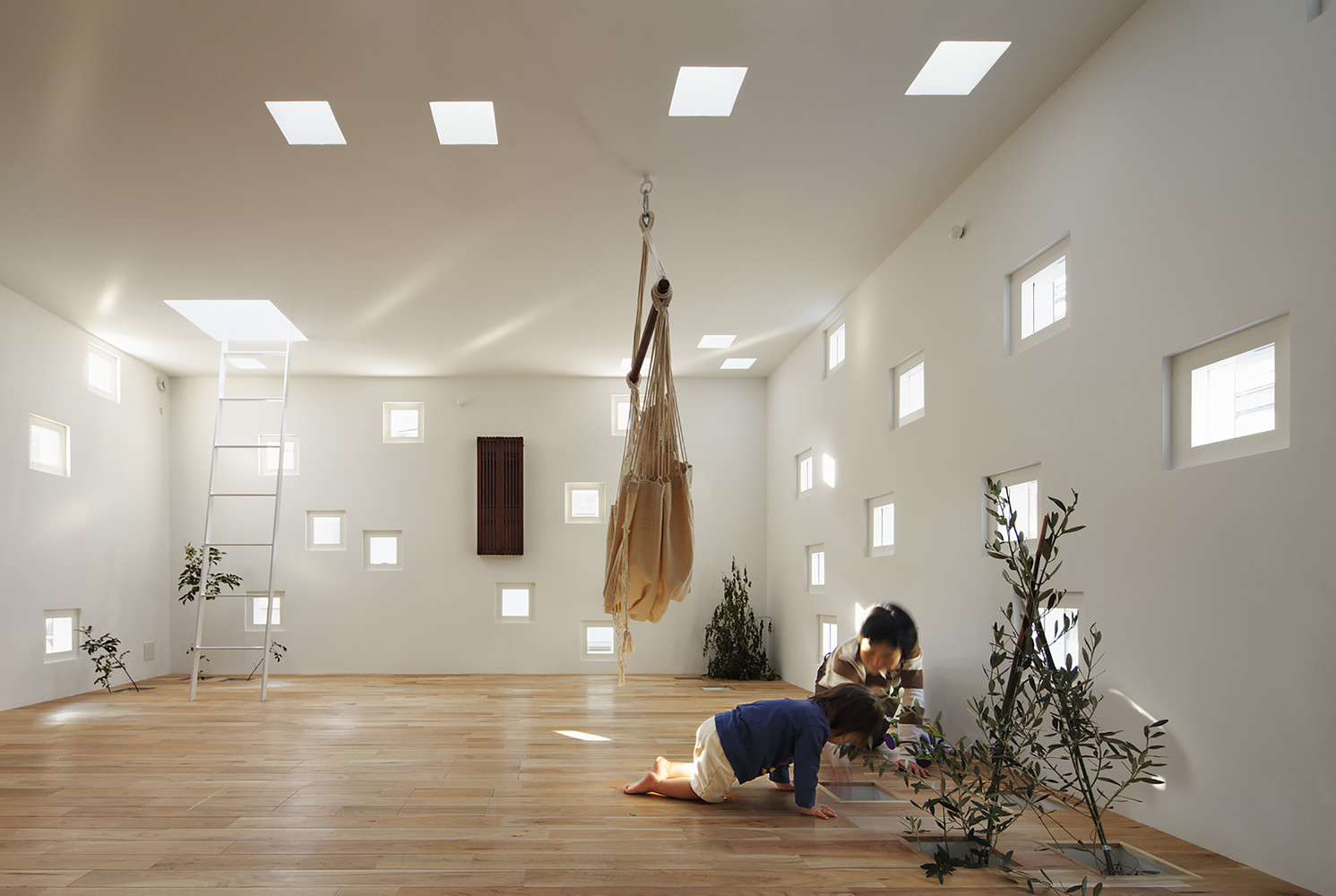 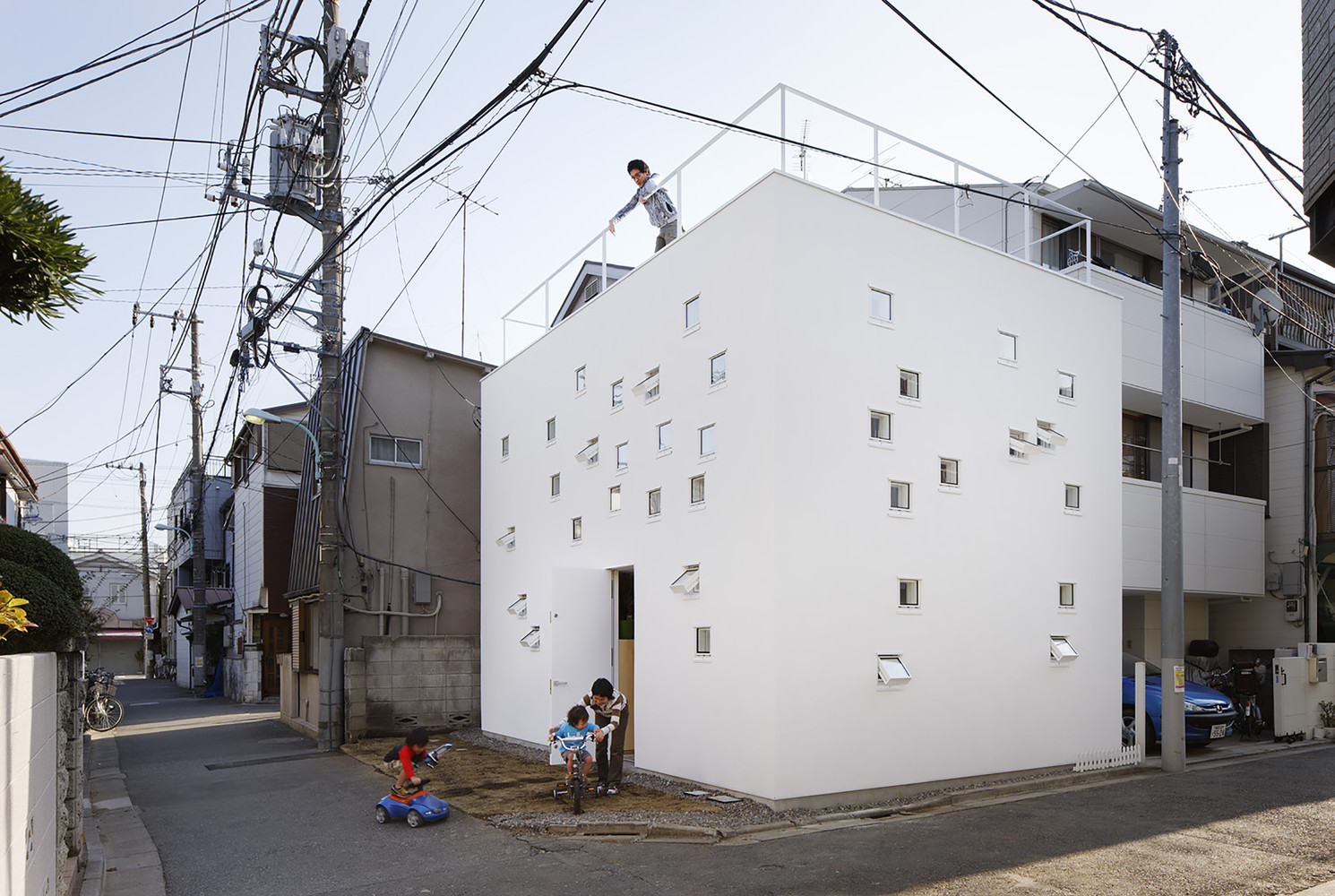 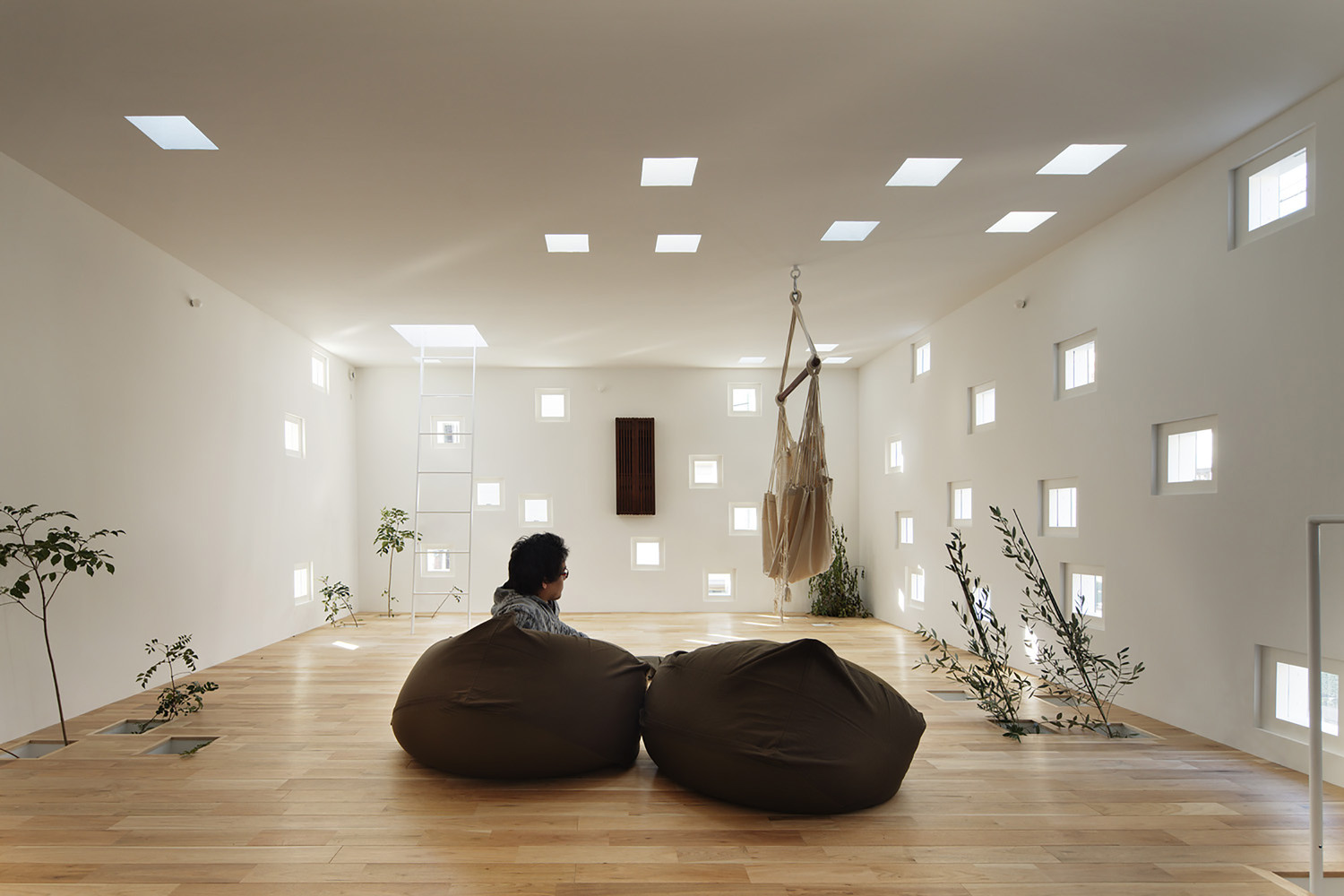 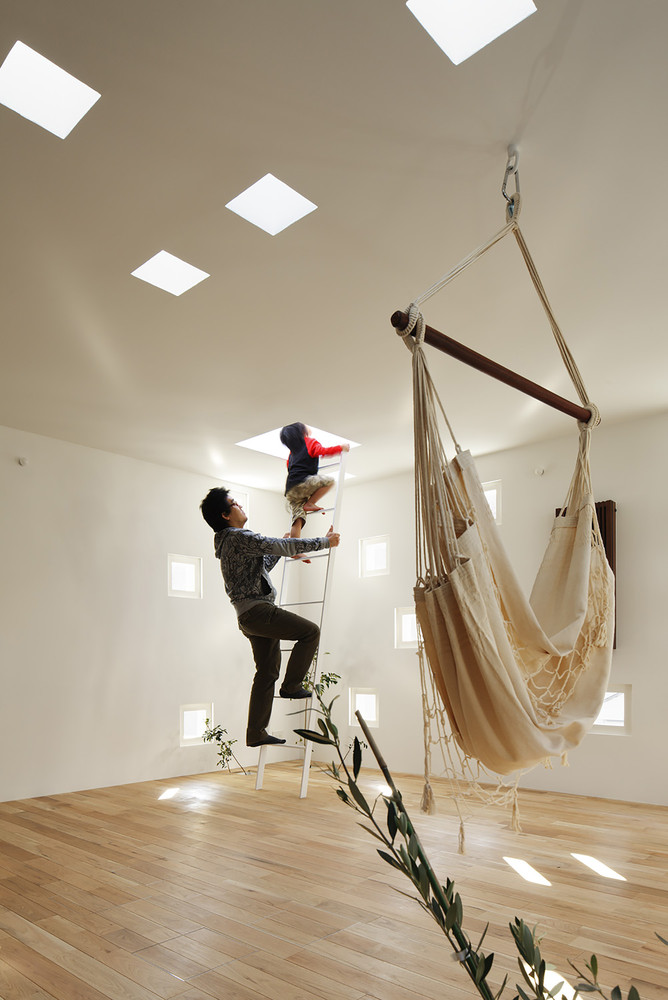 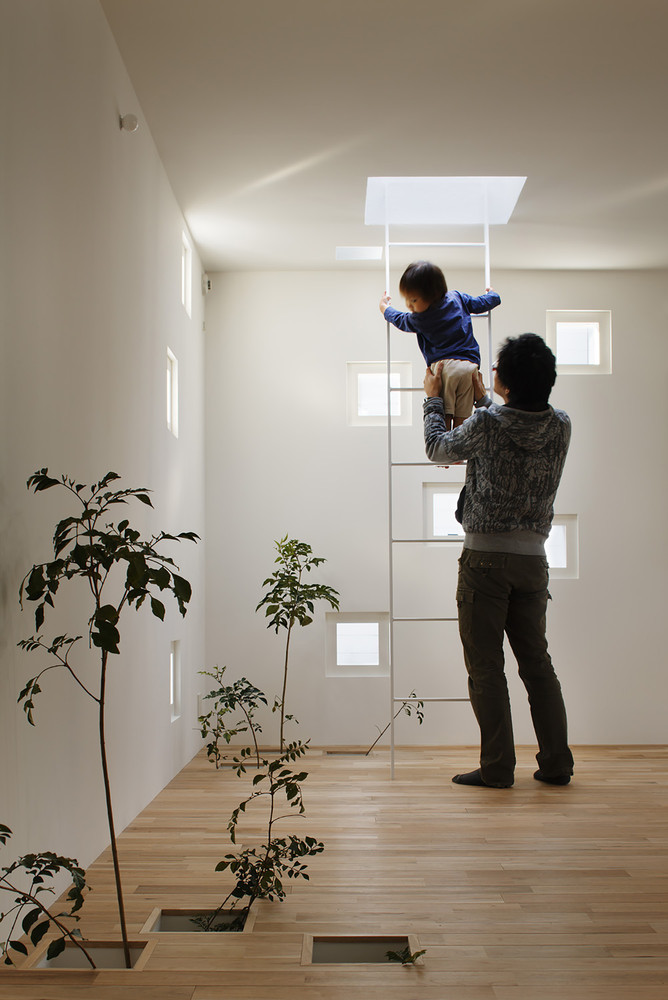 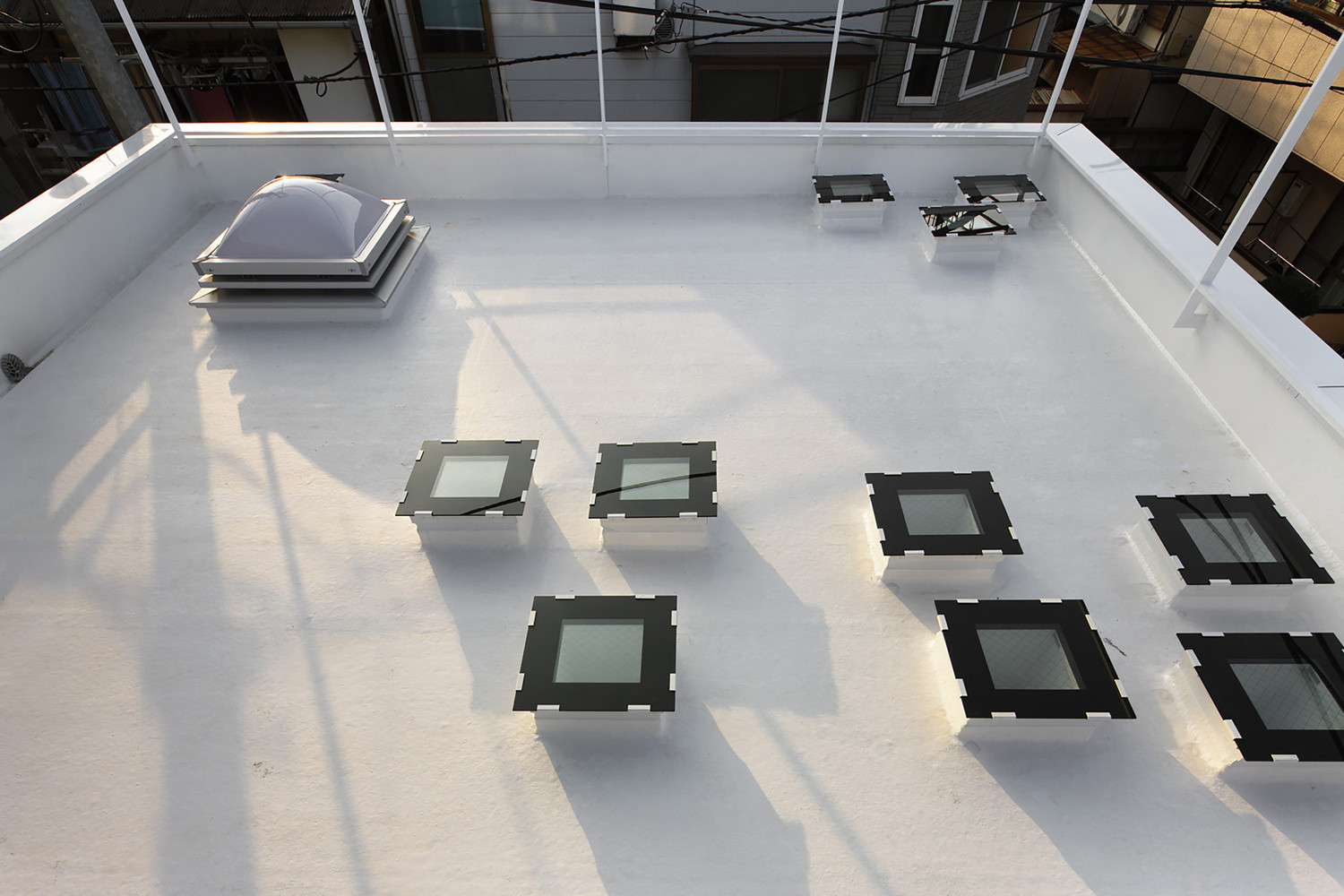 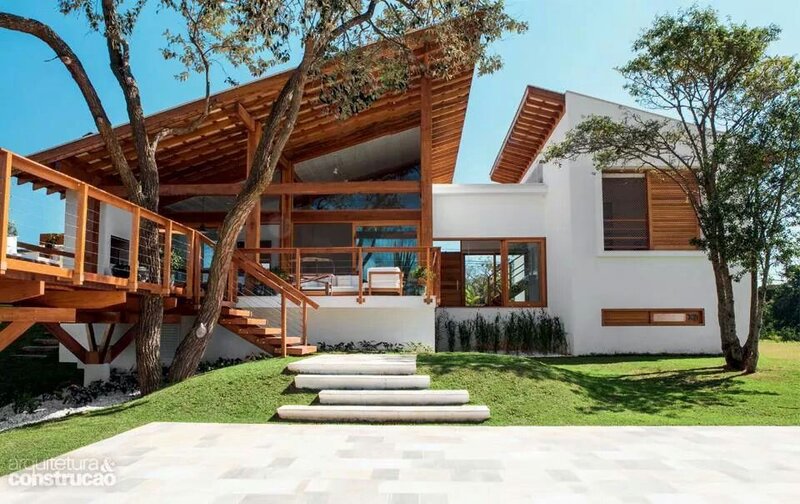 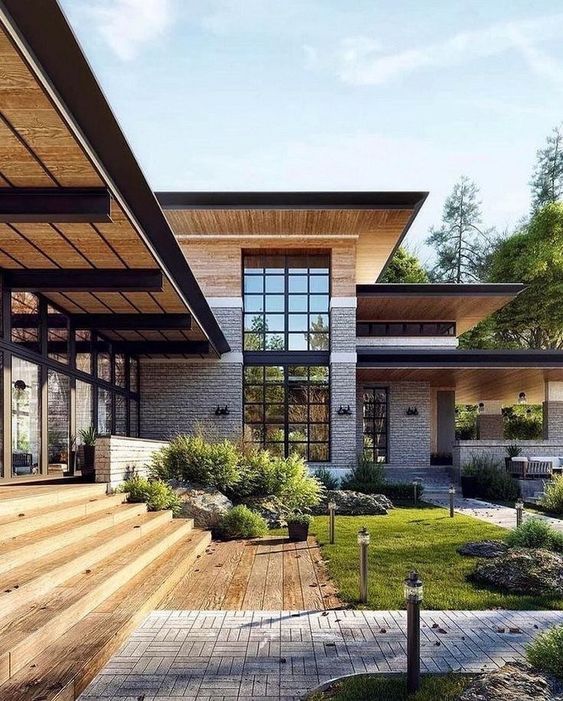 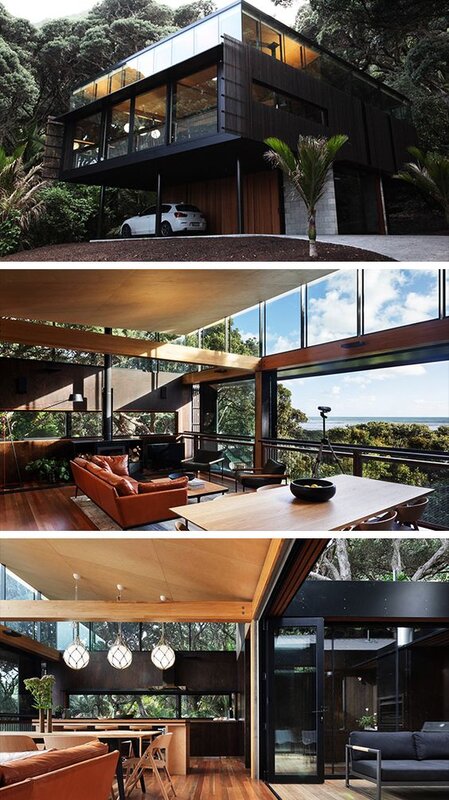 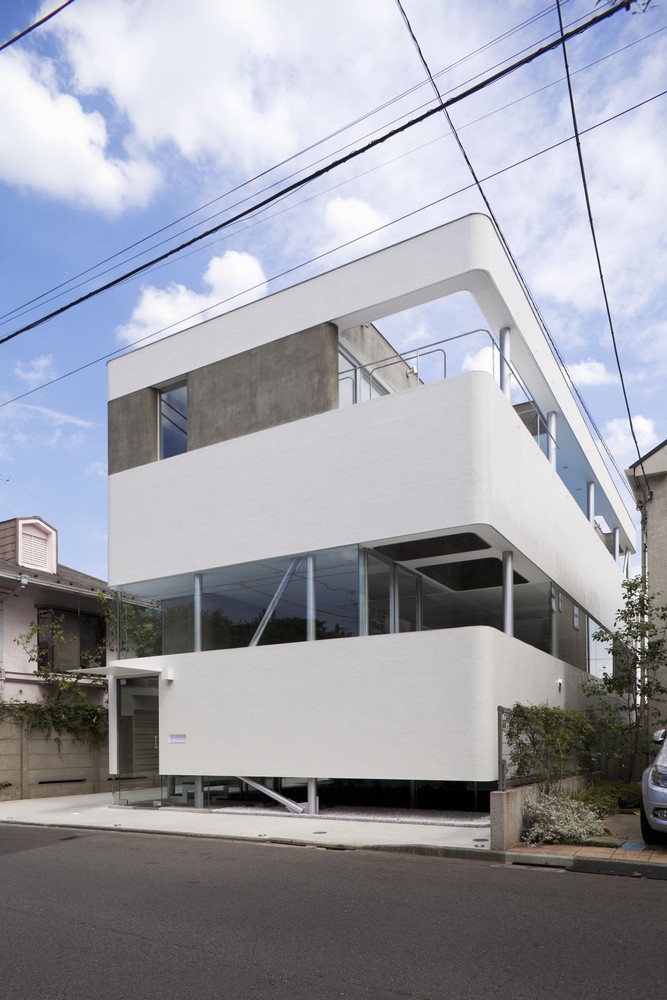 Text description provided by the architects. For this project, a moulding form coins the shape of space. According to this positive form, every space in the building alongside its scenery is being created as the negative counterpart to it. Moulding forms are usually being filled with liquid metal in order to shape a certain kind of part or product. 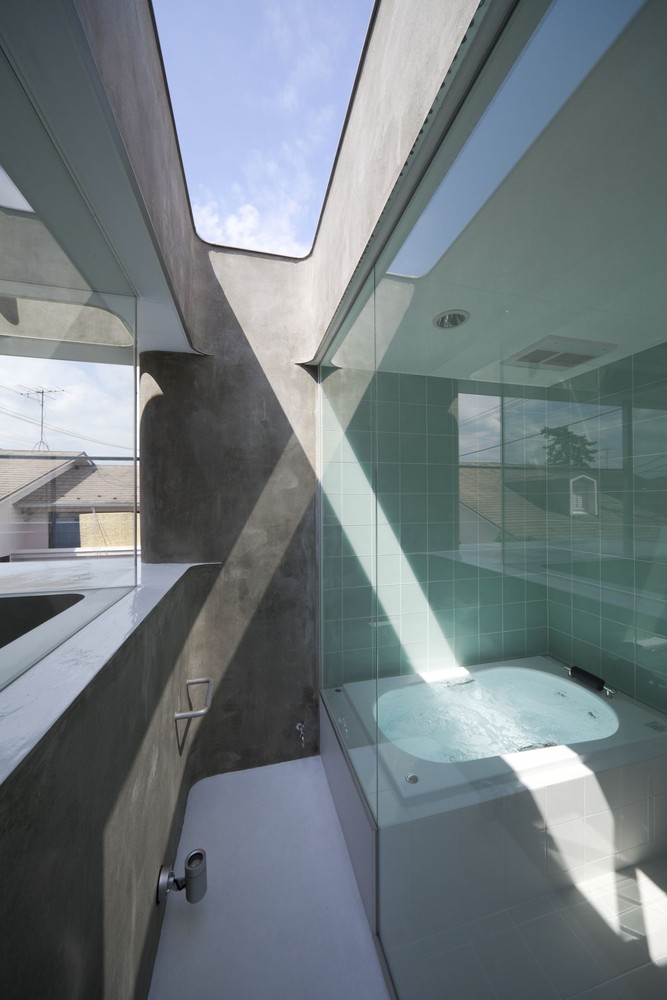 In order to shape the spaces of the three floors of Plastic Moon, four casting moulds were used. [In the lower picture, from left to right, you can see the forms for the basement, first floor, second floor and for the roof.] Additionally the "height difference of the mould" adds up to 1.2 meters and in some places even breaks open for void-like atria to flood and furthermore connect the rooms with light. 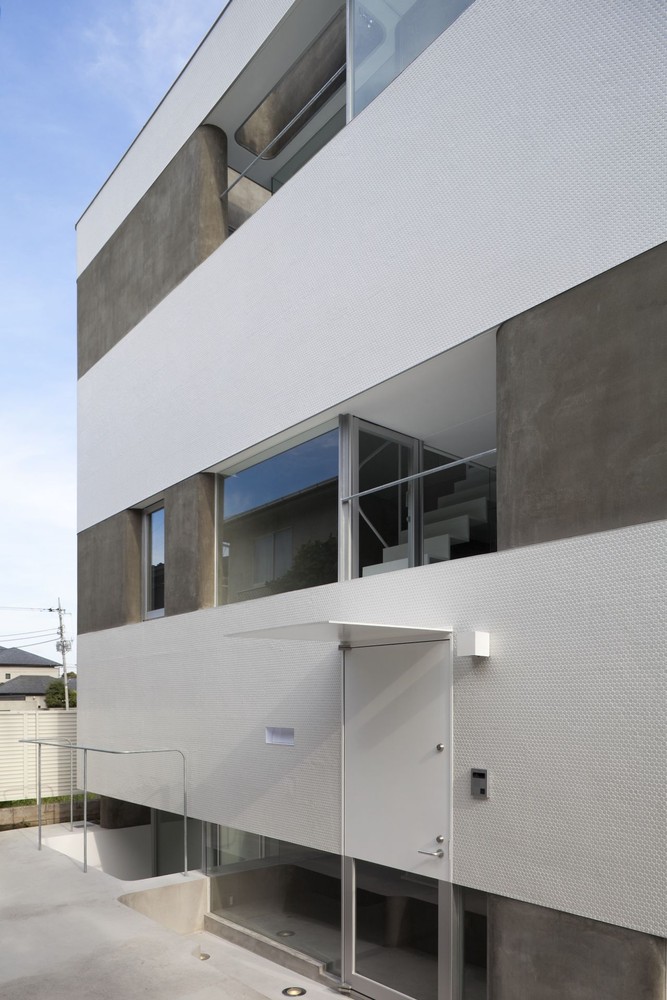 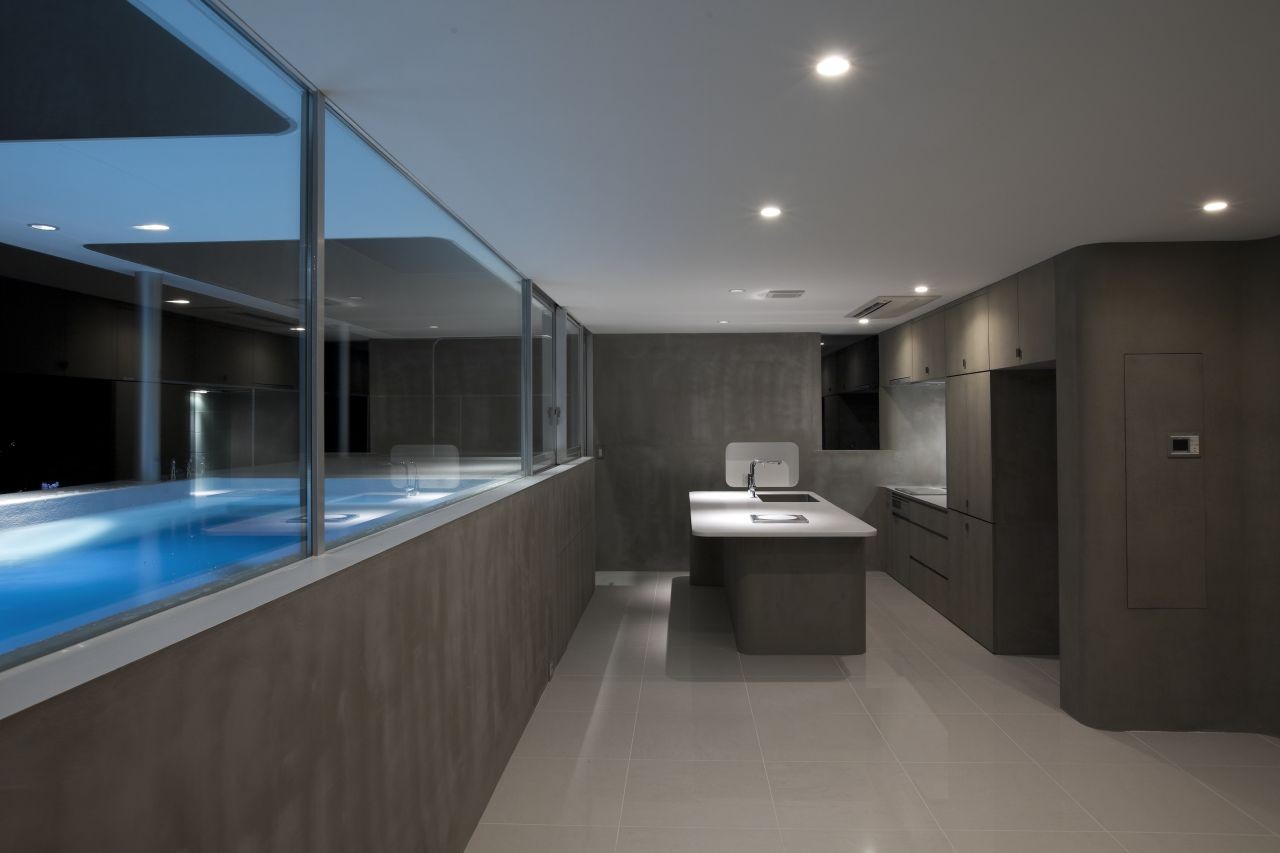 Finally, the four moulds are vertically stacked on top of each other. Thus, "liquid" living space for the human being emerges out of the proportions in between the "solid" mutual moulds. And this characteristic seals the difference in the quality of the special spaces in Plastic Moon. This difference in quality can be felt emotionally deep throughout the building, no matter in which part of the houses' liquid you might be standing, floating or sitting. 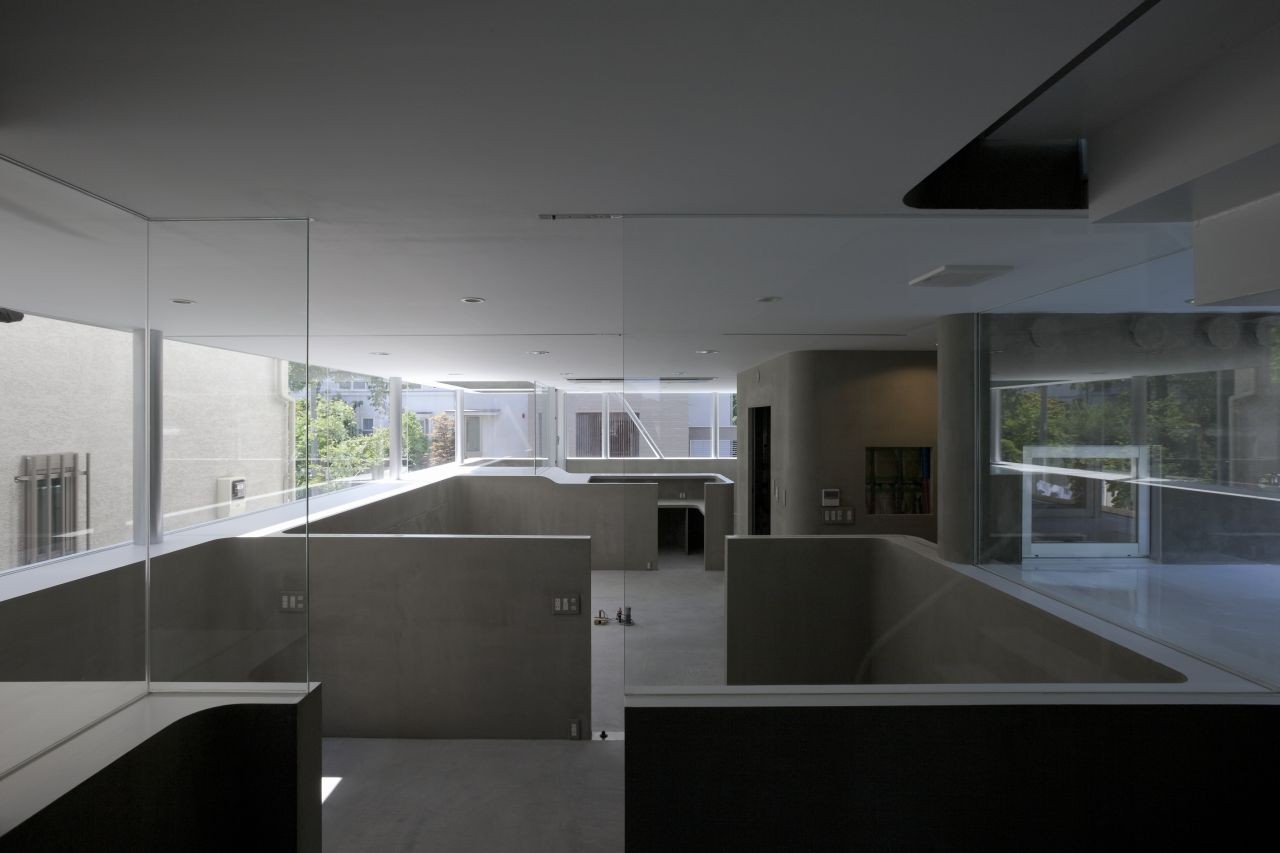 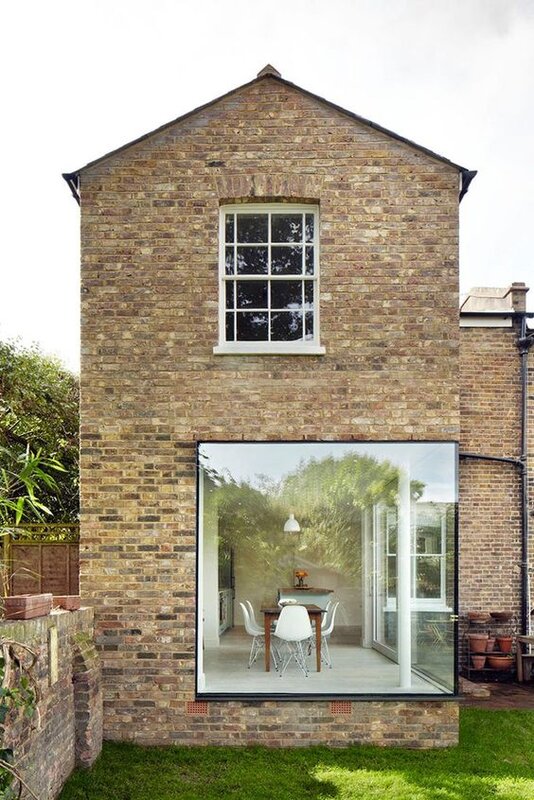 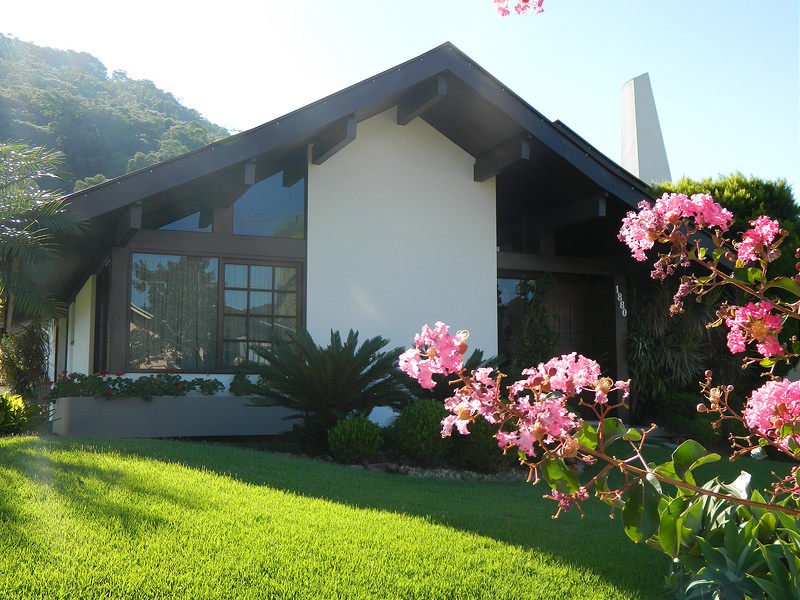 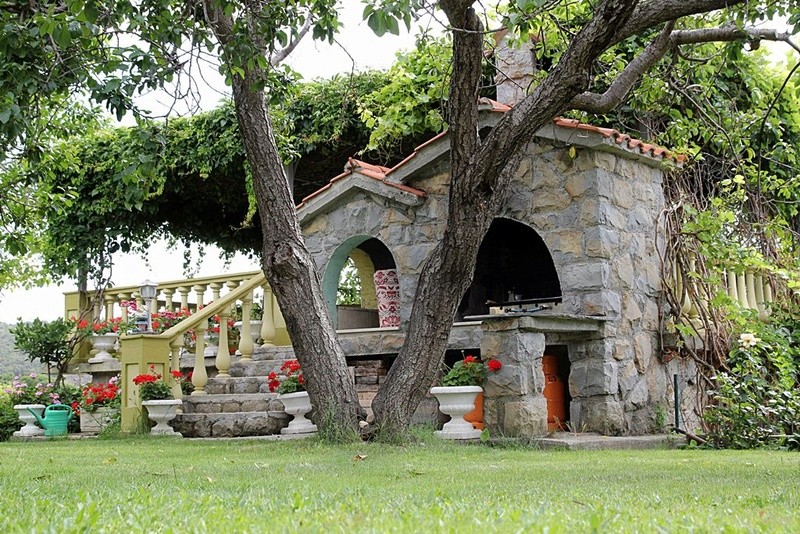 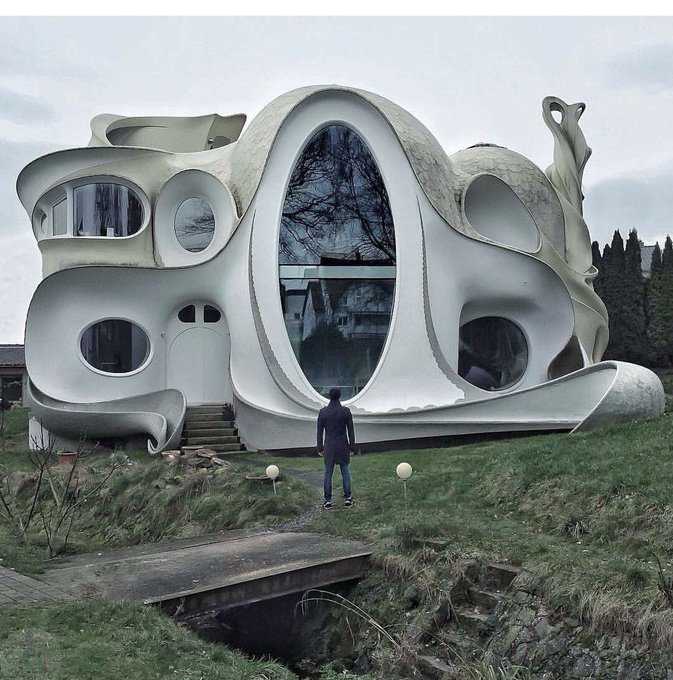 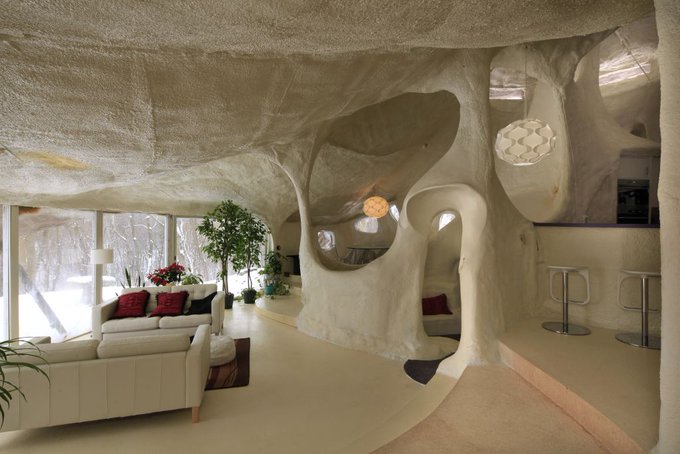 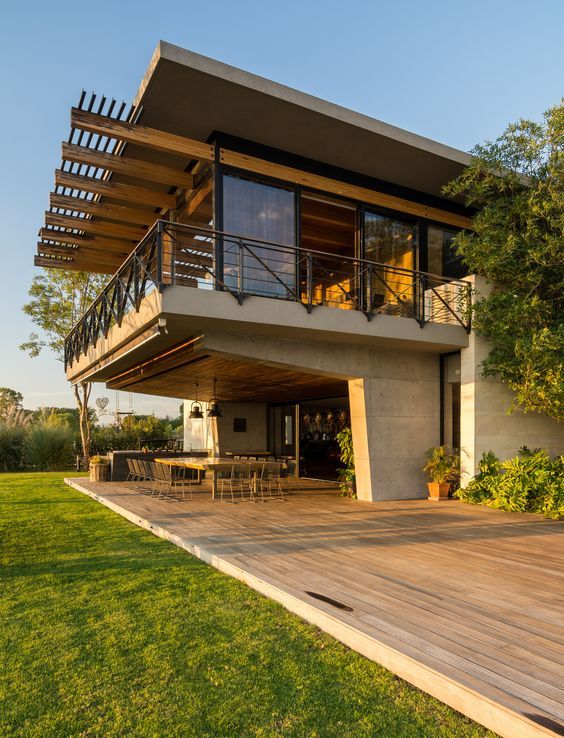 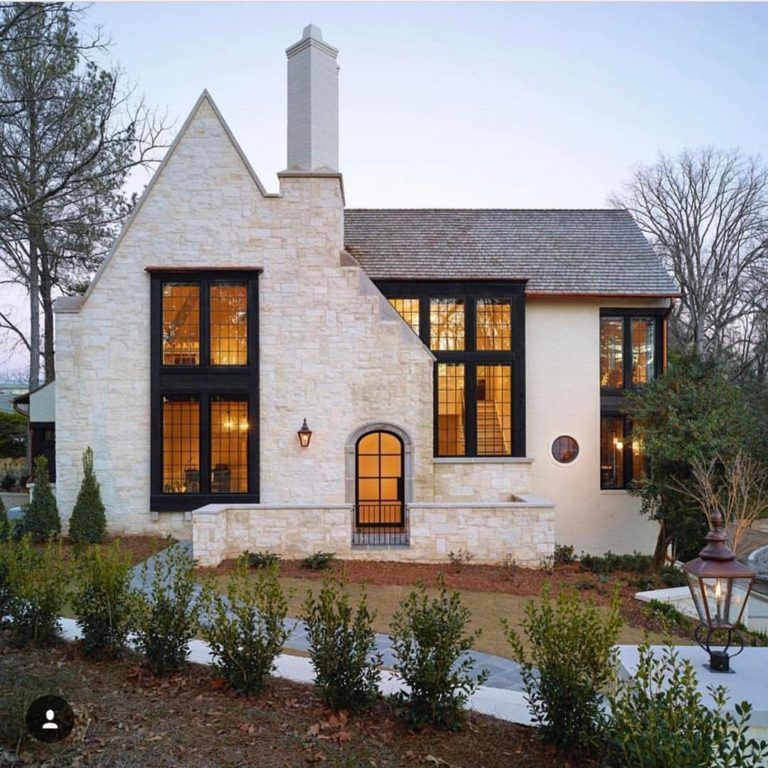 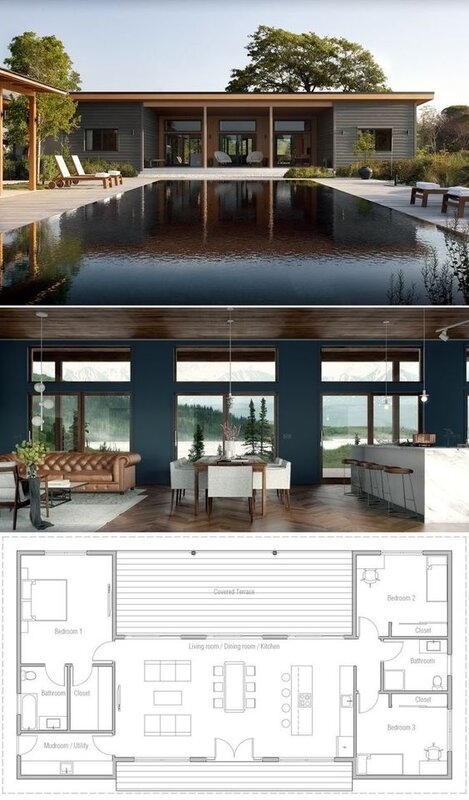 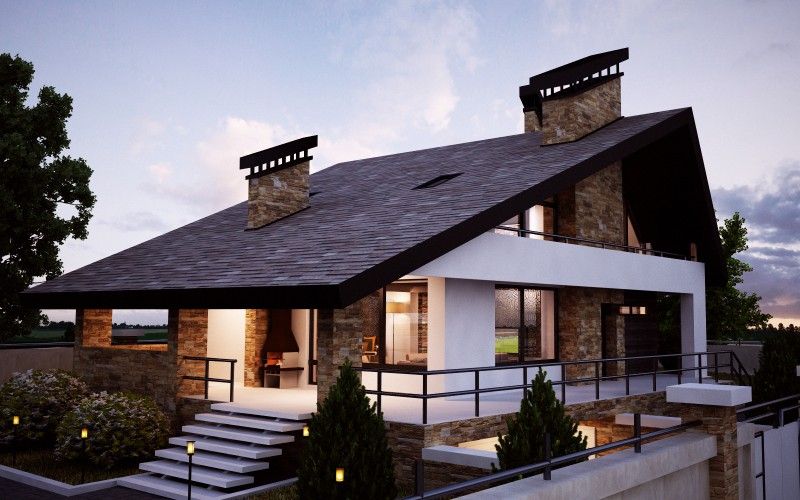 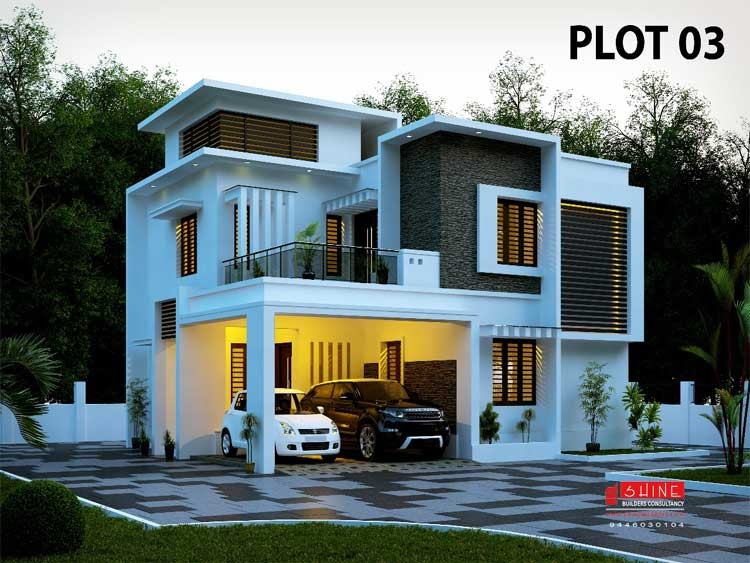