The problem with Jung is that he is not clear on whether his psychology is essentially materialist or idealist. He himself was contradictory re this central issue. If he is a materialist like Freud, psychological traits are modes of consciousness produced by brain & evolution. If, on the other hand, he is idealist like Plato & Hegel, then there are invisible dimensions/worlds our 3+1 dimensional empirical world is a manifestation thereof, and his archetypes are not just common nuclei of specifically human consciousness, but they exist in extra-physical & extra-temporal realms which are primordial & supraordinate essences of empirical material reality . Plato’ allegory of the cave in “The Republic” is the most famous example. In materialist interpretation, all that psychologically happens is, basically, inside our skull; in idealist approach, human consciousness can be transferred to other, non-physical realities & can function without brain.


On the lower level, he never succeeded to differentiate between collective & universal unconscious. Even if we toss aside metaphysics of fundamental world-view (which is impossible in Jung’s case) & remain in the field of psychological processes alone, we are still left with the question: are archetypes “collective” in the sense they are basic substructures (and superstructures) of psychological functioning of human collectives (races, ethnicities, cultures, religions,..)- or, perhaps, archetypes are universal for the entire humankind?


Another objection is: Jung does not seem to clearly differentiate- if we accept his terminology- between the subconscious & the superconscious & lumps them both into the “unconscious” (here he may resemble Freud). Even hard-core Jungians don’t care about this fundamental critique that Jung himself frequently confused basic, primitive levels of the unconscious with those we may term “higher” & which are, in we limit ourselves to psychological phenomenology, source of universal human creativity as embodied in works of arts, sciences & “high” religion.


Did he confuse basement with upper stories?

With regard to Jung, Jews & Jewish question, articulate individuals like Richard Noll in his Jung’s biography “The Aryan Christ”) are either tendentious or mostly wrong. One must say that this tendentiousness is firmly rooted in Jung’s own confusions & ambivalences. Anyone can pick a quote from Jung & describe him as an anti-Semite; on the other hand, there are quotes & facts from Jung’s life which would lead one to consider him a philo-Semite. So, what is the truth?


Jung has known much Jews (even more- Jewesses), and assimilated, deracinated Jews formed the core of Jung’s cult as a sage & prophet. For instance, the most important Jungian writer is the author of magisterial “The Origins and History of Consciousness” Erich Neumann, himself a Jew (Jung helped him to escape to Tel Aviv fleeing the Nazis); out of three executors of his will (all three females), two were Jewesses or of Jewish extraction, Aniela Jaffe & Jolande Jacobi. The most vigorous proponent of Jung in the US was also Jewish, James Hillman.


Evidently, nothing is black & white. Jung has, on numerous occasions, expressed negative opinions on stereotypical Jewish behavior & influence; on the other had, he has ranted about Germans even more, yet no mentally sane person would accuse Jung of Germanophobia (after all, his was culturally German to the core). It is easy to select 1, 2, ..10, .. 20… Jung’s quotes on any ethnicity to solemnly pronounce him an anti-XYZ. But, life is not that simple.

Jung is more interesting than others re Jewish question because his work’s central premises reflect his Weltanschauung’s dubieties & inconsistencies. With Dostoevsky, everything is much simpler: Russians are real Chosen people & Jews had lost their historical mission; with Solzhenitsyn, it is a combination of Christian historiosophy & analysis of national rivalries during October Revolution; for Nietzsche, Jews were slightly- not much- saner than Christians, whom he had viewed as intrinsically sick & Wagnerian cult as a symptom of decadence & Teutonized Christian morbidity.

Jung on the Jews is, to say the least- contradictory & his contradictions are ingrained in the very fabric of his psychological edifice, not just casual, offhand remarks. It boils down to: do they possess essentially irradicable traits that won’t go away with assimilation & acculturation? Are these traits indelible part of their psychological makeup? Something unconscious?

Here, Jung is rephrasing, from the Gentile angle, ancient motif of Jewish supremacist spiritual psychology: Jews possess divine portions of the soul which God had created particularly & favorably for them, while other human beings are led mostly by passions & evil inclinations. Jewish spiritual anthropology is fundamentally different from the Gentile one. This is the central thesis of Hebrew Kabbalah, and virtually all Kabbalist teachers, with only slight digressions, have insisted on that. Jung, of course, denies that the reverse is true (Jews are not psychospiritually inferior to Christians & others). Just, he remained uncertain about their status in his own psychological metaphysics. If there is a Jewish collective unconscious, does a Jew, when visiting a therapist, receives a different treatment? This is not only a cultural question (Jung had observed that Protestants have different types of neuroses than Catholics). In the case of deracinated Jews, or even Christian converts- do they still retain something subliminally Jewish which is not transferred solely by childhood indoctrination, but is part & parcel of being genetically Jewish?

Jung has remained bogged down in that question. Mostly, he treats assimilated Jews as just another type of Westerners. But, interestingly enough, there is one recorded treatment differing from the norm: Jung has given a young secular Jewish woman, his patient & a spiritual non-believer, the advice to immerse herself in the study of Kabbalah, because as a Jewish person, she will find health & balance in the Jewish spiritual tradition she didn’t care about.

I don’t know how or whether that worked. 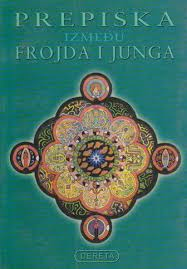