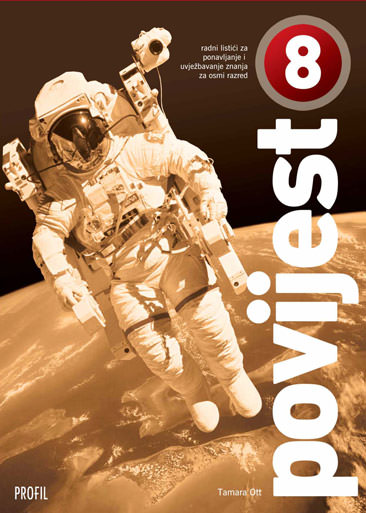 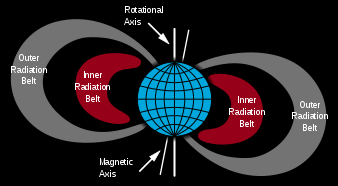 NASA scientists have figured out why dust particles on the Moon are floating several centimetres above the surface, despite the fact that there's no wind or flowing water to propel them up there.

The discovery could not only explain how these dust particles are transported across vast distances on the Moon — they could also describe processes that are occurring in many airless environments, including the rings of Saturn.
"This new ... model resolved a fundamental mechanism of dust charging and transport, which has been puzzling scientists for decades," said one of the team, Xu Wang, from NASA's Ames Research Centre in California.
Scientists have known about these levitating particles for over five decades now, and they've been used to explain the Moon's strange 'horizon glow' — a phenomenon first observed by the Apollo astronauts and NASA's Surveyor probes in the 1960s.
When the Apollo mission orbited the far side of the Moon, they saw an incredibly bright arc of light shining on the horizon just after sunset.
In 1994, NASA's Clementine spacecraft captured this amazing image of the phenomenon: 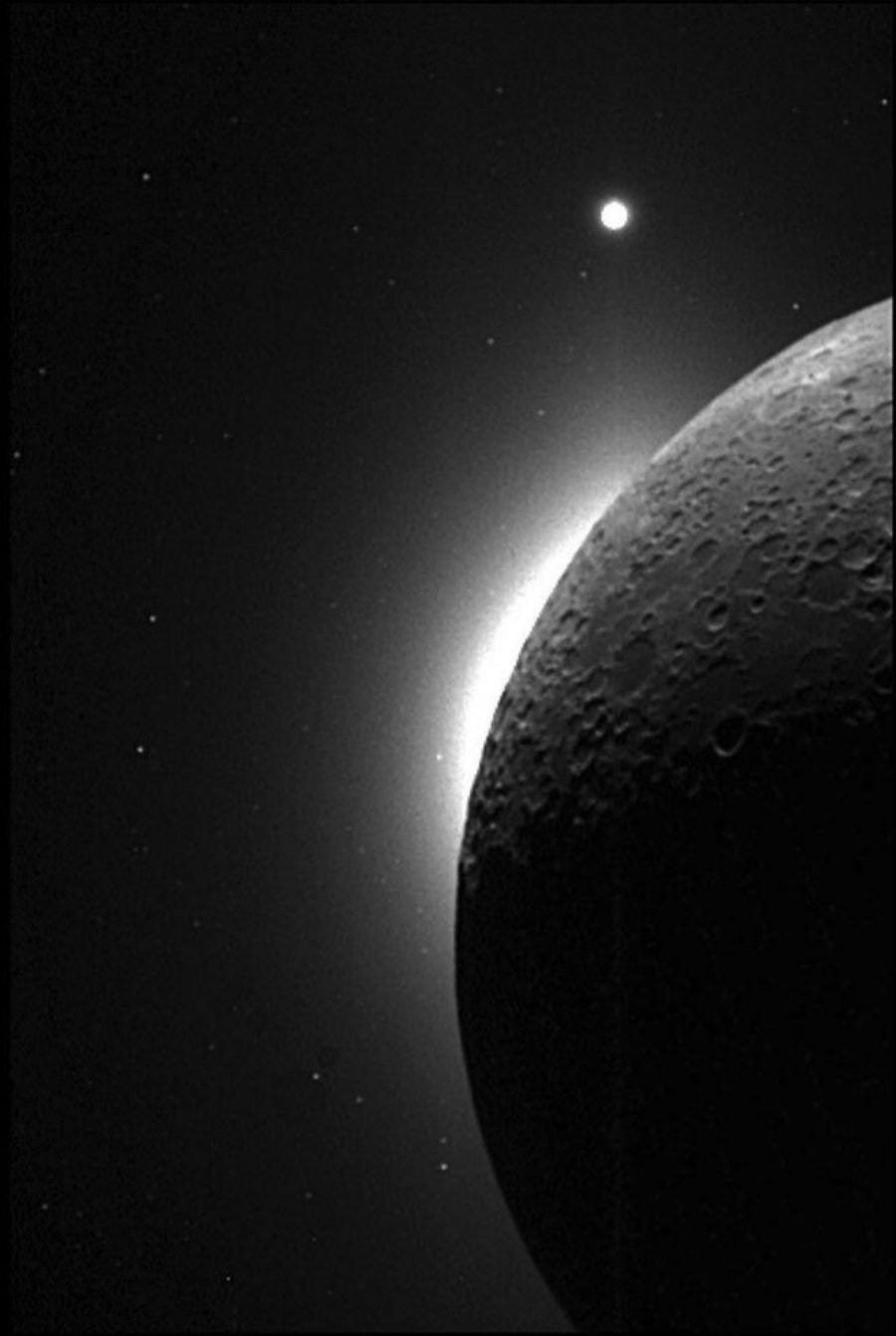 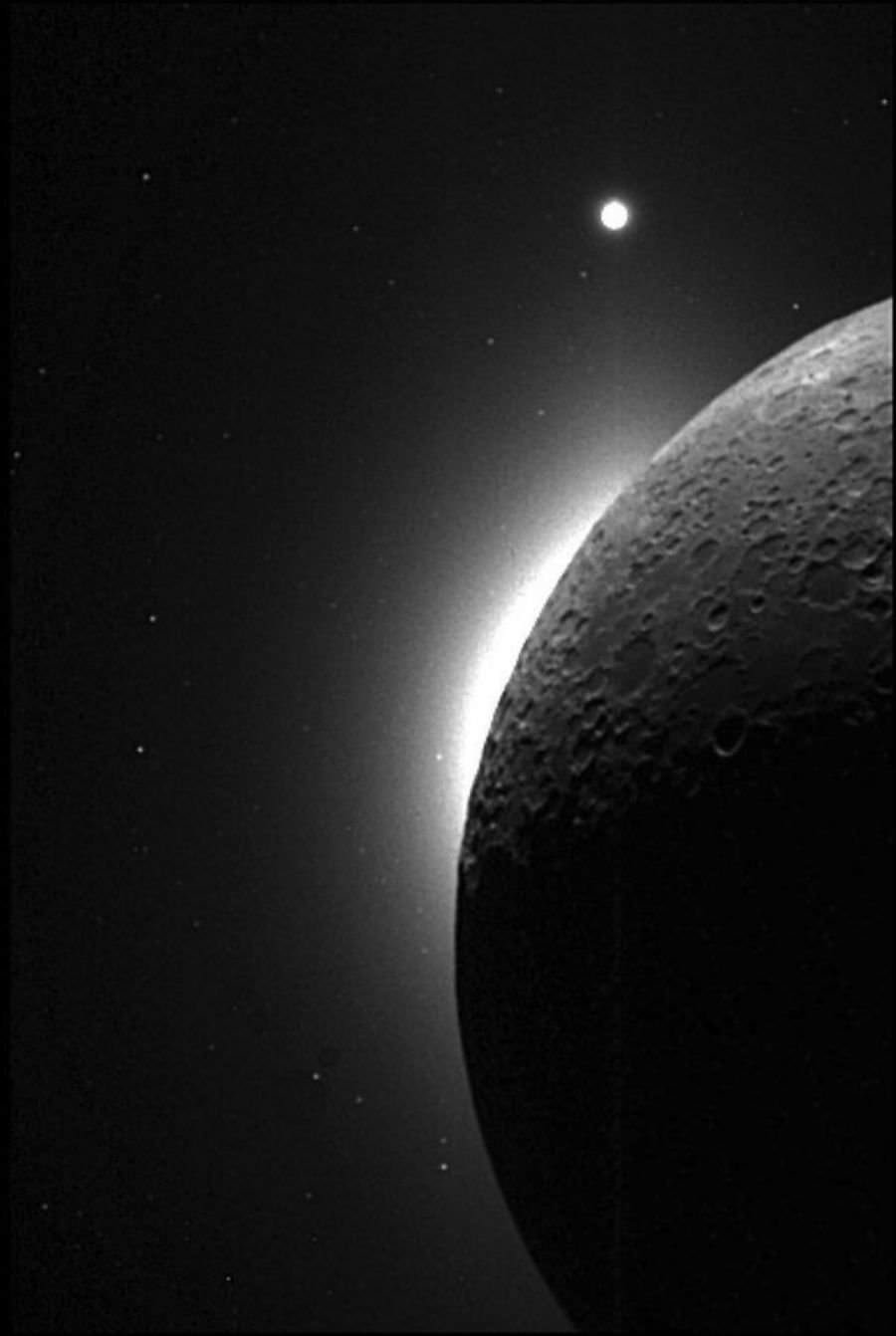 The same thing that was first witnessed by the Apollo astronauts surrounding the Moon in the 1960s was later recorded over the rings of Saturn, and in craters on the asteroid Eros.
"These are all the examples of dust transporting across vast regions without winds or flowing water," says NASA.
"Scientists believed electrostatic dust processes could explain these space observations, but until now, there were no studies to support these explanations."
To figure out if these particles are actually being held in suspension above the lunar surface by electrostatic forces, Wang and his team performed an experiment in the lab to see what micron-sized dust particles would do when exposed to ultraviolet (UV) radiation or electrically-charged gases known as plasmas.
In both cases, the dust particles would leap several centimetres above the surface, and the team says that on the Moon, light would scatter through these levitating particles to create the horizon glow.
"On Earth's moon, these dust particles would have been lofted more than 4 inches (10 centimetres) above the lunar surface," NASA reports.
"[T]he Moon's horizon glow — seen in images taken by Surveyor 5, 6, and 7 five decades ago — may have been caused in part by sunlight scattering in a cloud of electrostatically lofted dust particles."
You can see the results below: 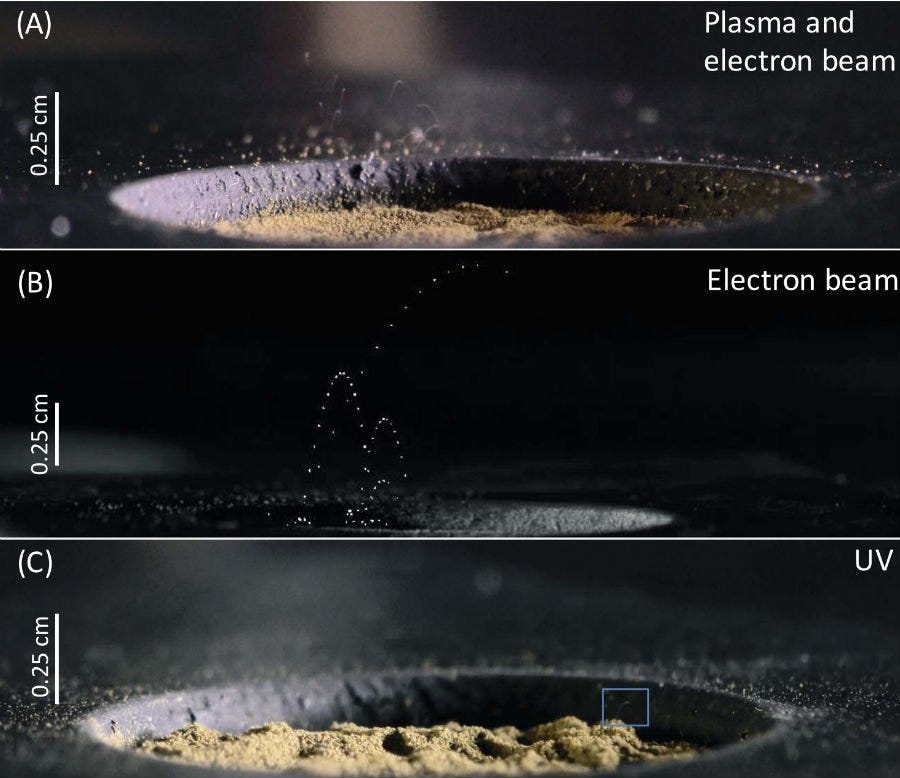 The study found that the strange properties of Moon dust combined with UV radiation or plasma from the Sun can loft single particles — or sometimes even large clusters of dust — up above the surface.
This is due to the reaction causing an emission and re-absorption of electrons inside 'micro-cavities' formed between neighbouring particles, which can generate unexpectedly large electrical charges and intense repulsive forces.
These forces cause the dust particles or clusters to lift off the surface, or 'levitate'.
And it's not just causing the 'horizon glow' effect — it's maintaining a frustratingly hostile environment on the Moon, because of how 'sharp' those floating particles actually are.
As the Soil Science Society of America explained back in 2008, the powdery dirt found on the lunar surface was formed by micrometeorite impacts that pounded local Moon rocks into fine particles.
The energy from these impacts actually melted the lunar dirt into a vapour, and once that vapour cooled and condensed on the soil particles, it covered them in a glassy shell.
"The dust was so abrasive that it actually wore through three layers of Kevlar-like material on Jack's boot," Larry Taylor, director of the Planetary Geosciences Institute at the University of Tennessee, said of Apollo 17 crewmember Harrison 'Jack' Schmitt's 1972 Moon walk.
The NASA team says that this phenomenon could theoretically occur in any airless environment, and could explain how dust particles can move across the rings of Saturn, or form 'dust ponds' on the Eros asteroid, without any winds to propel them.
"We expect dust particles to mobilise and transport electrostatically over the entire lunar surface, as well as the surface of any other airless planetary body," said Wang.

The study has been published in Geophysical Research Letters.
Read the original article on ScienceAlert. Copyright 2017. Follow ScienceAlert on Twitter. 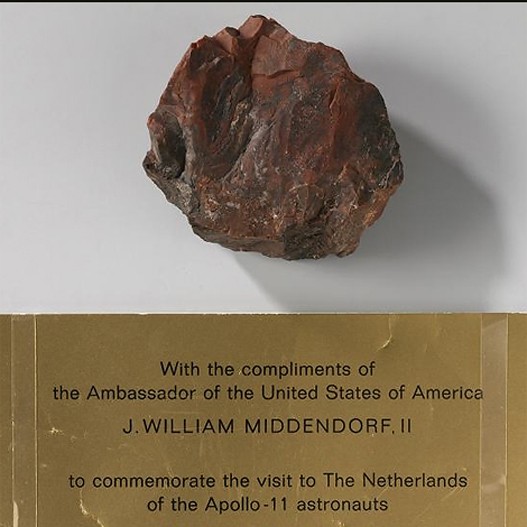