A total of 2,355 people have died with the coronavirus in Sweden according to the figures reported by the Public Health Agency today. That's an increase of 81 from the figure reported yesterday, but the way these reports happen means that's not the same as the number of deaths in the last 24 hours.

"We are now checking with the death register and there may be more cases added. Of course every death from the virus is awful, and [the victims] must not be reduced to numbers, but it is also important to understand the numbers" said state epidemiologist Anders Tegnell.

He added: "This looks like a slowdown in the number of cases, and even cases at elderly care homes seem to have decreased somewhat."

In the last 24 hours alone, ten further intensive care beds have been added to Sweden's total number, bringing the number of total beds to 1,085. The total number of coronavirus patients being cared for in intensive care units was 544, and Johanna Sandwall, crisis manager at the National Board of Health and Welfare, said that across the whole country, there was 30 percent spare capacity in intensive care.

But the situation varies significantly from region to region, and she said that in different parts of the country the spare capacity varied from 0 to 60 percent.

Asked which region had zero spare capacity, Sandwall said: "We are not making that data public, we are just saying that it varies. If you make this kind of information public, you can make the work harder [for healthcare workers]."

Asked about the possibilities for intensive care for care home residents, she explained: "People get intensive care based on the need for it. It doesn't matter whether you're at home or at a care home, it's about whether you can cope with the treatment. Since there is spare capacity, those who need intensive care are receiving it."

Anders Tegnell was asked about differences in the guidelines that state authorities have given about the amount of distance to keep from others in public. Up until April, there was no reference to keeping distance or social distancing in the Public Health Agency's guidelines, and since these were introduced the agency's advice has differed from that of the 1177 healthcare service, for example, which advises standing two metres away from others.

Guidelines have also varied internationally, with some countries and institutions recommending a two-metre distance, and others advising one metre or 1.5 metres as a guideline.

"This is because there aren't any clear answers which work in all situations, it also depends a lot on where you are and the situation you're in," Tegnell replied.

"As an individual, it's important to remember that infection happens in situations when two people are very close to each other, especially face to face, that's what you should be careful about. Setting a boundary, as is happening in restaurants and shops, is good, but as an individual the important thing to remember is that these are the situations [face-to-face contact, especially prolonged contact] where the risk of infection is, it doesn't just happen because you happen to be 1.5 metres away from someone."

A journalist from Svenska Dagbladet asked about a report from the UK which suggested that a rare but dangerous infection could be linked to the coronavirus in children. Tegnell said there were no reports that this had been seen in Sweden, and added that it appeared to be rare in the UK, but that the Public Health Agency would look into any such reports in Sweden.

Scandinavian airline SAS has announced plans to lay off up to 40 percent of its workforce in Sweden, Denmark and Norway. The move affects up to 1,900 full-time positions in Sweden as the airline warns it may take years for demand for air travel to return to pre-crisis levels.

There are now more than three million confirmed coronavirus cases worldwide. "We're talking about numbers so large that it is starting to get difficult to grasp the scope. It has been a long time since the world experienced anything like this," commented state epidemiologist Anders Tegnell at the Public Health Agency's daily briefing. "This is a virus we are going to have to live with for a very long time."

More than 20,000 people have now tested positive for the coronavirus in Sweden, and 2,462 people have passed away. A total of 549 people are currently in intensive care, and an additional 1,884 people in other hospital units, said Taha Alexandersson, deputy crisis manager at the National Board of Health and Welfare.

Tegnell said there were signs that fewer people were being admitted to intensive care, but that many of them needed lengthy stays in hospital before they recover, which puts pressure on healthcare in regions such as Stockholm, the epicentre of the outbreak in Sweden. He warned that the number of infections is increasing in other regions in Sweden, saying that one aspect of this could be more healthcare staff being tested – but he also urged everyone to keep following guidelines to help curb the spread of infection.

"Halland has had for a long period have fairly few cases, but have started getting significantly more cases in the past few days," said Tegnell. "We are also seeing a similar pattern in Värmland."

The map below shows the number of confirmed infections in Sweden's regions.


Sweden's Public Health Agency has updated its advice to urge pregnant women to be extra careful not to expose themselves to the risk of catching the coronavirus. On its website, it says that women at the later stages of pregnancy could be badly affected by a respiratory infection. It adds that pregnant women with other risk factors such as obesity, diabetes or high blood pressure should take extra precautions.

There have been "a few cases" of pregnant women being treated in intensive care in Sweden, says the Public Health Agency, but there appears to be no overall increased risk for pregnant women to develop more serious illness from the coronavirus than people in general – based on what is known about the virus so far.

"We want to prevent that more pregnant women get seriously ill or need intensive care," said state epidemiologist Anders Tegnell in a statement on Wednesday.

You can read the Public Health Agency's latest update here and the WHO's recommendations for pregnant women here.

Swedish police and prosecutors are investigating whether or not Sweden's Work Environment Act was violated at the Karolinska University Hospital in Huddinge, causing the death of a 39-year-old nurse.

The nurse, who had been working with coronavirus patients, passed away at home last week after testing positive for the virus, as The Local reported at the time. A few days later health and safety representatives at the hospital reported a shortage of protective equipment and that deviations from the recommendations of the Public Health Agency had been made, according to a statement by Sweden's prosecution authority.

"I have directed the police to hold interrogations and ask for written documentation. There is no individual suspect, we are now going to find out what happened," said prosecutor Jennie Nordin.

Swedish newswire TT writes that health and safety representatives reported the nurse's death to police, alleging that the protective equipment in the workplace did not live up to Public Health Agency standards.

The hospital denied to comment when approached by TT, writing only: "The hospital follows recommendations for protective equipment from the Public Health Agency and WHO. We refer other questions to the police so as not to pre-empt the ongoing investigation. We have no further comments."
B

The two-headed eagle appears, often as a supporter, on the modern and historical arms and flags of Austria-Hungary, the Kingdom of Yugoslavia, Austria (1934–1938), Albania, Armenia, Montenegro, the Russian Federation, Serbia. 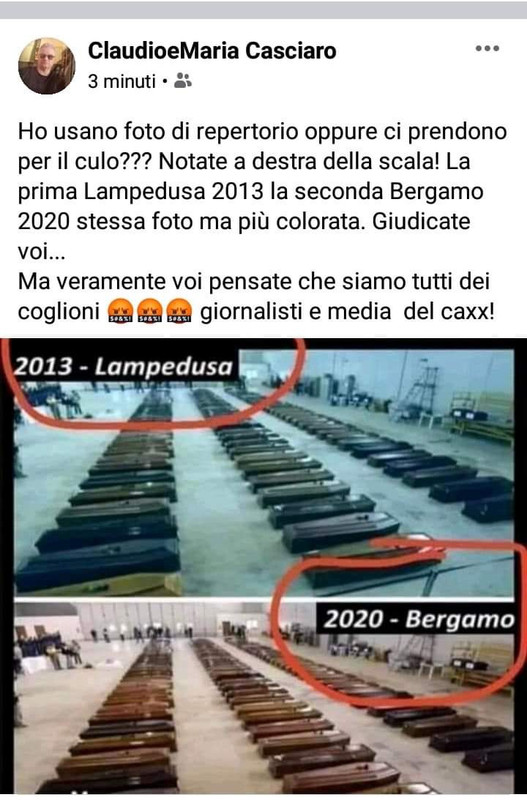