"Egyptian Minister of Antiquities Zahi Hawass, sometimes known as "the Mubarak of antiquities" for his domineering politics or "the Egyptian Indiana Jones" for his outlandish personality and hat (he once called himself "the real Indiana Jones"), has been fired. The move has delighted activists who saw him as an extension of the regime's self-interest and obsession with control. It's also thrilled the country's sizable archeologist and historian community, which largely saw Hawass as an underinformed control freak who used his position for self-aggrandizement at the expense of Egyptian history and culture."
https://www.theatlantic.com/interna...-firing-of-the-mubarak-of-antiquities/242110/

"Hawass grew up near Damietta, Egypt, and entered Alexandria University with the intention of becoming a lawyer."
https://www.sidmartinbio.org/what-happened-zahi-hawass/

"Congratulations, Zahi Hawass, the Mubarak of the Archeology scene in Egypt, has been fired, and escorted out of the backdoor of the ministry into a cab, showered with insults and angry chants from young archeologists."
https://arabawy.org/32610/zahihawass-to-the-garbage-bin-of-history/

"Dr. Zahi Hawass has been on the Supreme Council of Antiquities since 2002. The SCA has setup a system in which Archeologists must report through "the proper channels" when they make any kind of discovery on the Giza plateau. This is much like the Vatican does when it comes to the subject of extra terrestrials and other findings with their telescope at the Vatican Observatory. They do this because first and foremost they want the truth before everyone else, but not only that, they want to use the truth to spin their own explanations." 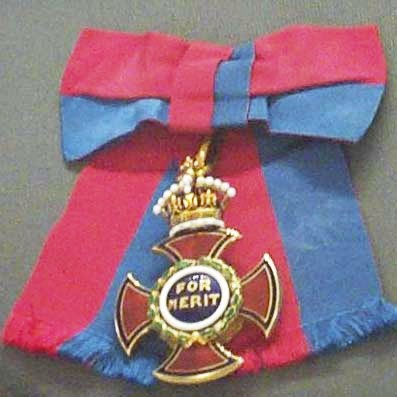 ""
Hawass can recall the exact moment when he discovered his love for
archeology:
One day I was preparing to go to Cairo, dressed very nicely
in my best clothes, and the workmen asked me to come and
see the new discovery of a tomb. I followed them, and they
started teaching me how to excavate. Well, I began to like
it. I descended into the tomb, no longer caring that my nice
clothes were getting very dirty...while I was cleaning, I
saw a statue. It was of Aphrodite, Greek goddess of love
and beauty, I began to clean the statue with my brush. At
that moment, I fell in love with archeology.

Soon afterwards, Hawass was appointed inspector of antiquities throughout the
1970s. With the help of a Fulbright scholarship, Hawass received his PhD from the
University of Pennsylvania in 1987 at the age of 40. Afterwards Hawass became the
General Director of Antiquities for the Giza Pyramids, Saqqara and Bahariya. By 2002
Hawass was head of the Supreme Council of Antiquities (SCA), the governing group in
charge of all archeological sites and museums in Egypt. From this point on Hawass he
was catapulted into fame. Hawass’ career however was not always centered on his
success.
Doubts about the legality of Hawass’ work were not uncommon. When Hawass
was accepted to the University of Pennsylvania on the Fulbright scholarship, allegations
arose that it had been given under illicit circumstances. A. Robert Smith,a biographer,
stated during an interview with Hugh Lynn Cayce son of Psychic Edgar Caycethat:
I got him a scholarship at the University of Pennsylvania in
Egyptology, to get his PhD. I got the scholarship through
an ARE (Association for Research and Enlightenment)
person who happened to be on the Fulbright Scholarship
Board. He (Hawass) had aided Mark (Lehner) to work at
the Sphinx, and I am very appreciative.
Moreover, in March of 1993 Hawass was involved in a scandal involving the
discovery of a hidden door inside the Great Pyramid by Gantenbrink’s robot. When
Gantenbrink announced his discovery the Egyptian Antiquities Organization banned him
from resuming his work after claiming he did not go through the “proper channels.” The
organization continued to make accusations that the project was a “hoax.” As the scandal
progressed, Hawass was relieved from his post in 1993. Dr. Bakr, the main spokesman
against Gantenbrink, was eventually let go a few months later and in early 1994 Hawass
was reinstated. The details of this scandal remain unclear to this day.
https://digitalcommons.buffalostate.edu/cgi/viewcontent.cgi?article=1026&context=history_theses