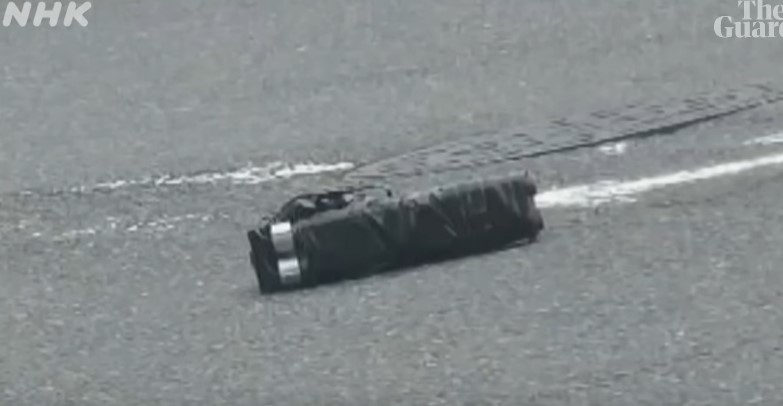 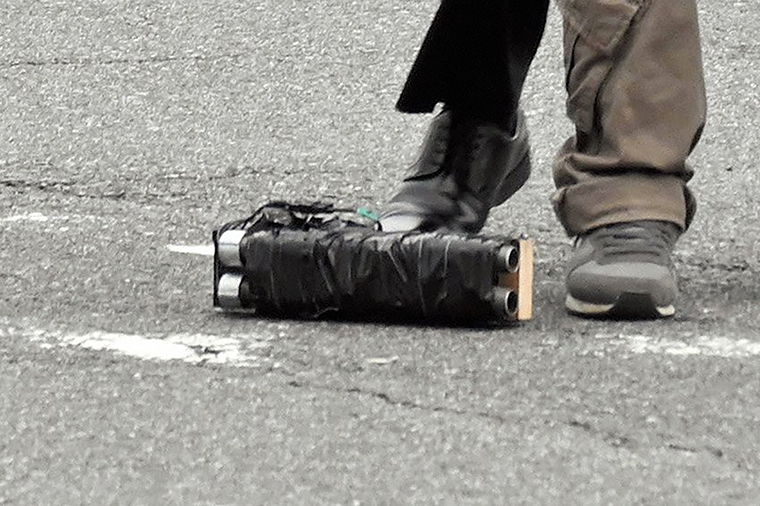 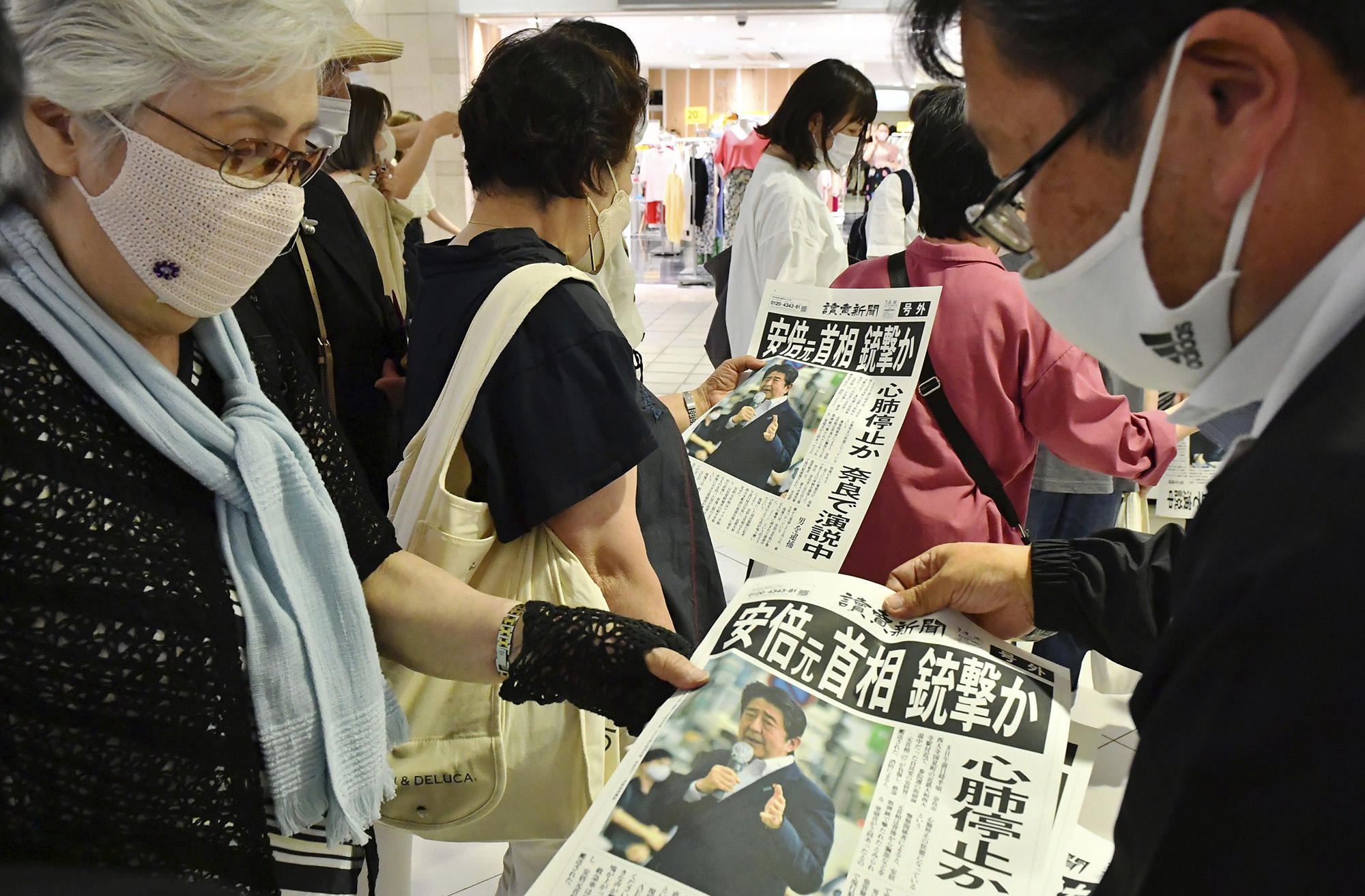 Passersby pick up an extra edition of the Yomiuri Shimbun newspaper in in Sapporo, Hokkaido Prefecture on July 8 after Japan's former Prime Minister Shinzo Abe was shot. (The Yomiuri Shimbun/AP)

“It’s not only rare, but it’s really culturally unfathomable,” Nancy Snow, Japan director of the International Security Industrial Council, told CNN. “The Japanese people can’t imagine having a gun culture like we have in the United States. This is a speechless moment. I really feel at a loss for words. I pray for the best for the former prime minister.
“What this will do to the national psyche of a people who move about freely and have a social contract with each other, that they will not resort to this type of violence … I am devastated thinking about that.”
Kliknite za proširenje...

Snow said Japan has been an “oasis” and had “shown what it can teach the US about guns.” 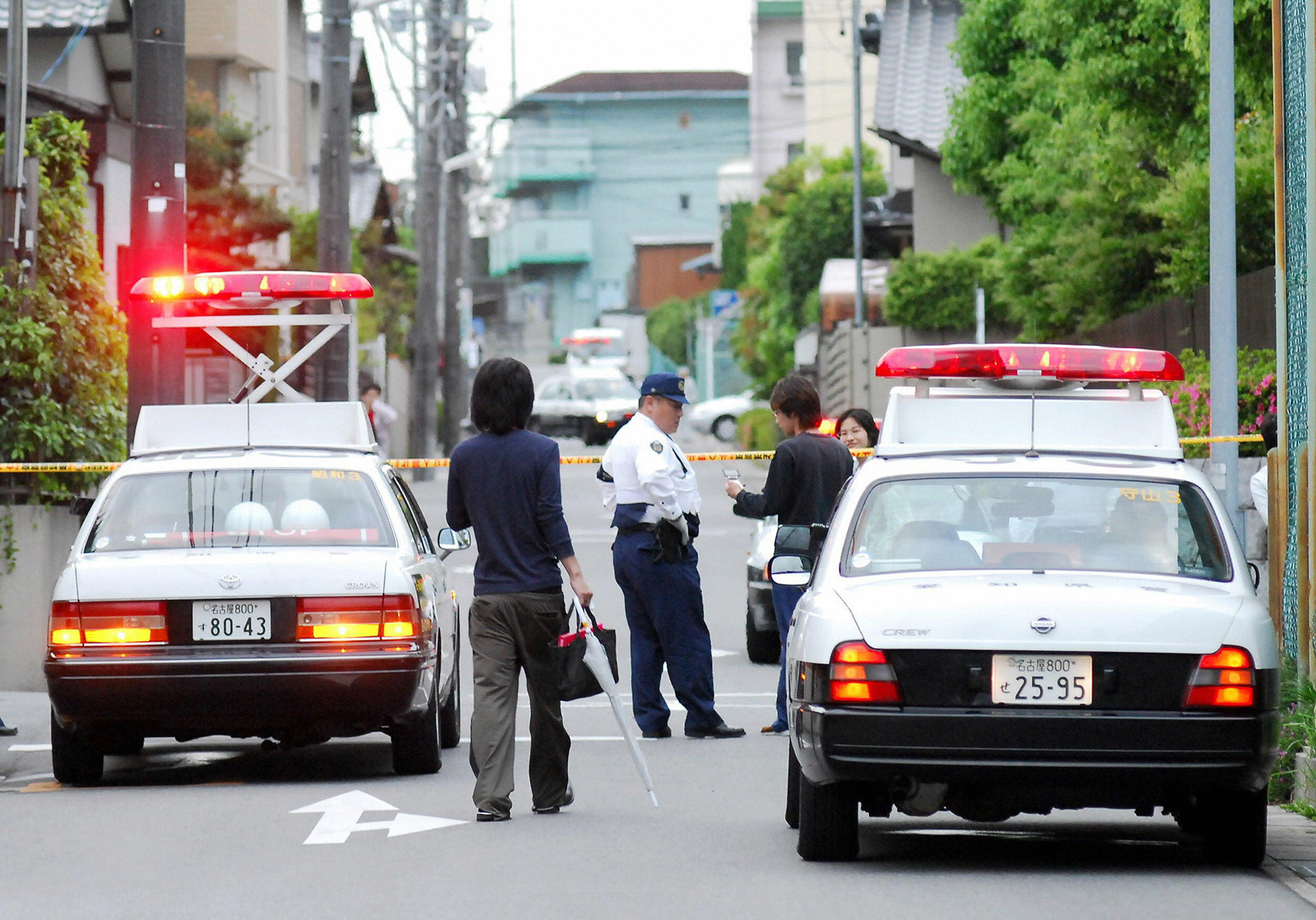 A policeman stands outside of a residential area of Nagakute town in Aichi prefecture, near Nagoya on May 17, 2007 after a man fired a gun. (STR/AFP/Getty Images)


The shooting of Shinzo Abe has shocked Japan, which has one of the lowest rates of gun crime in the world due to its extremely strict gun control laws.
In 2018, Japan only reported nine deaths from firearms, compared with 39,740 that year in the United States.
Under Japan's firearms laws, the only guns permitted for sale are shotguns and air rifles — handguns are outlawed. But getting them is a long and complicated process that requires strenuous effort — and lots of patience.
To buy a gun in Japan, potential buyers must attend an all-day class, pass a written test and a shooting-range test with an accuracy of at least 95%. They also must undergo mental health evaluation and drug tests, as well as a rigorous background check — including a review of their criminal record, personal debt, involvement in organized crime and relationships with family and friends.
In 2019, only an estimated 310,400 guns were held by civilians in Japan, in a country of 125 million people.
In 2007, the mayor of Nagasaki in southern Japan, Iccho Ito, died after being shot at least twice in the back by an alleged gangster. Since then, Japan has furthered tightened its gun control law, imposing heavier punishments for gun crimes committed by members of organized crime gangs.
Watch more on this here.

Cosmopolite:
Snow said Japan has been an “oasis” and had “shown what it can teach the US about guns.”
Kliknite za proširenje...